Today it is known as the Elm Street Center, but when it was constructed in 1949, this early example of Moderism was the new Ellis-Stone Department Store. This sleek building was far ahead of its time, with its clean lines and a play between solids and voids, the structure looks much as it did when completed. The building was designed by the New York City architectural firm Voorhees, Walker Foley, and Smith. At the time this project was under development, the firm’s partner Ralph Walker was president of the American Institute of Architects. Voorhees Walker designed other notable buildings including the New York Telephone Company, aka the Barclay-Vesey Building and the Irving Trust Building, now One Wall Street, both in lower Manhattan. In 1957, on the occasion of the AIA's 100th anniversary, the organization awarded Walker with the Centennial Medal, an award created specifically for him. He was dubbed Architect of the Century by the New York Times. This structure is a rare example of the firm’s work in the South.

Style: Modern. Listed to the National Register of Historic Places in May 2004 as a contributing structure within the Amended Downtown Greensboro Historic District. Greensboro Preservation Award 2003. 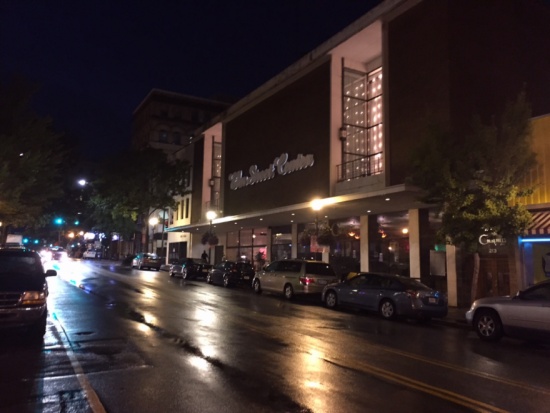