Built in the acute angle created by the insertion of Summit Avenue into the intersection of Lindsay Street and Church Court (old Church Street), the building is part of a family of triangular building found in most cities that takes its name from the triangular-shaped flat-iron.

The structure was constructed for investor A. W. Kaplan in 1922 as a four-unit apartment building. It was designed by Charles Hartmann, an architect newly arrived in Greensboro from New York, hence the Flatiron's "Gotham" vibe. The firm Myers, Jones, and Well served as the project’s contractors, and delivered the completed building to Kaplan for $30,000 in just eight months!

Upon completion, it was described as “the most complete and modern Apartment House yet erected in the city”. A description follows, stating “Built on a lot of the “flat-iron” shape the apartment house is unique in design and presents a beautiful exterior view. There are four separate and distinctive apartments in the building, each apartment having its own entrance and the skill of the architect is shown in the arrangement so that each apartment is in fact an entirely separate home.”

The building enjoyed a restoration in the summer of 2016, assuring it will remain a part of our center city streetscape for years to come. 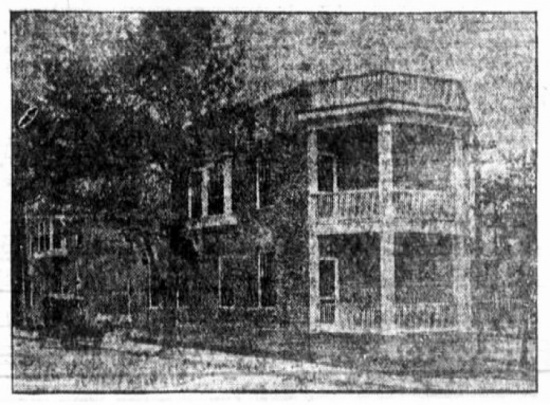