On August 4, 1897, the Greensboro Telegram announced "The front of the new Methodist publishing house on South Elm will be of white fire brick and gray granite. This will present a very pleasing appearance and will give relief to the dead monotony of the ordinary brick block. It is a step in the right direction. When a city is building is the time for attention to be directed to beauty in effect as well as mere utility." Construction progressed through the month as granite sills and iron columns were set into place. By fall, the building was complete, but the publishing company reduced its presence as commercial demands imvited J. H. West to open an ice cream parlor in the storefront by the next year. The building was constructed by William Carter Bain, who maintained offices on the upper floors. The architect for the building is thought to be J. H. Hopkins, who was among the first to bring Neoclassical Revival themes to Greensboro. 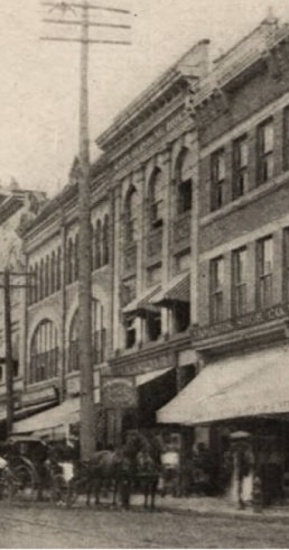