The Union Central Life Insurance company was founded in 1867 by the Methodist Church. The building was designed by Cass Gilbert (architect of the Woolworth Building) in 1913 with help from local architects Garber and Woodward. At 34 stories it was the tallest building in the city when it opened and the tallest building in the world outside of New York City (5th tallest including NYC).

The annex behind the building is on the site of the Burnet House Hotel where luminaries including Abraham Lincoln and John Roebling stayed while in town.

The tower is on the site of Cincinnati's only building by H.H. Richardson, the Chamber of Commerce which was finished in 1889 (after Richardson's death in 1886) and burned down in 1911.

Across the street is the Ingalls Building, is the world's first reinforced concrete skyscraper. It ws built in 1903 and designed by local architects Elzner and Anderson. The building is now vacant.

Also from this stop you can see south to the Roebling Suspension Bridge. Finished 150 years ago this year in 1867, the bridge was designed by John A. Roebling of Brooklyn Bridge fame. It was the last bridge he lived to see built and at the time of completion it was the longest distance ever spanned. The bridge was redesigned in the 1890s to accommodate additional streetcar traffic, so the look of the bridge has changed since its construction. Today it appears more heavy and weighted than it would have originally.

This point of interest is part of the tour: Downtown Cincinnati - Anne D. Steinert 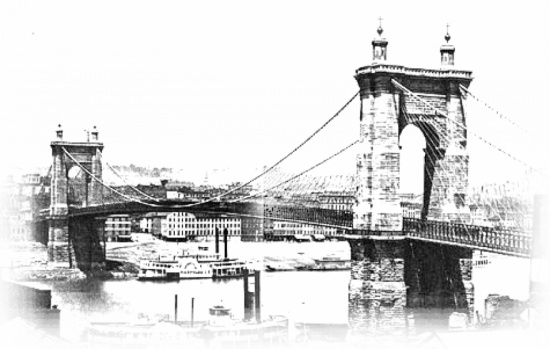 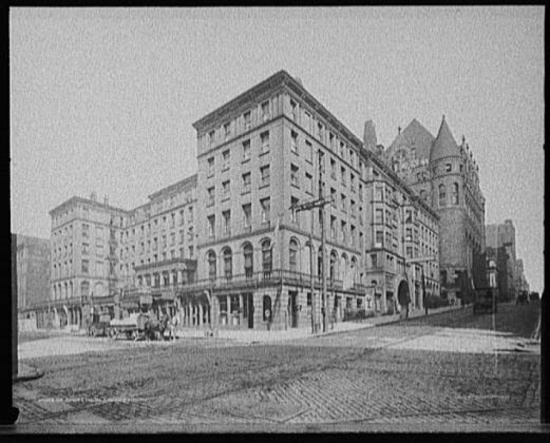 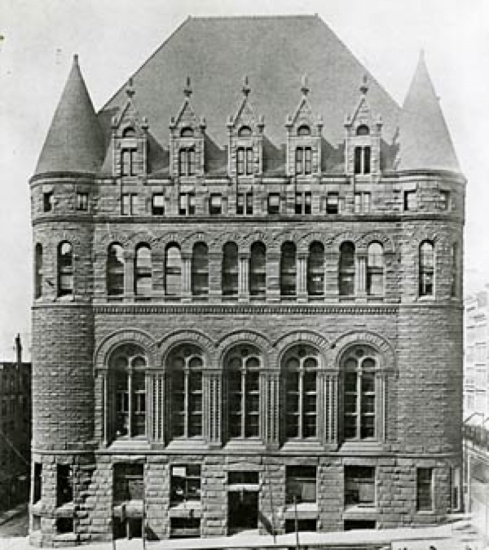