University Park occupies the block just south of the Indiana War Memorial. The area was originally set aside by the Indiana Legislature in 1821 for a state university, which was never built. From 1833, the block housed the Marion County Seminary, a subscription school which was replaced in the mid-1850s with the city’s first high school. This building was torn down in 1860. During the Civil War, the ground was used for drilling Union troops. Following the war, the citizens of Indianapolis established a fund to develop the land into a park. 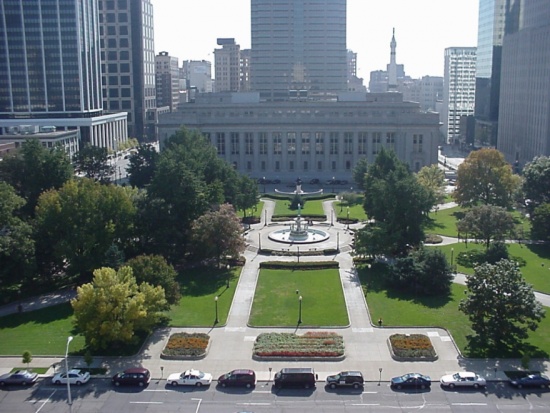