This is the original building constructed in 1853 for $300.00 and was used as the town hall for the township of North Crosby. In 1904, when the Village of Westport became an independent municipality both municipalities used it until overcrowding forced the Township to relocate. Renovations were done in 2010 to bring the Council chambers and Village office downstairs. The exposed stone wall between the office and the chambers was the original back wall of the Village jail. The barred windows are still visible. 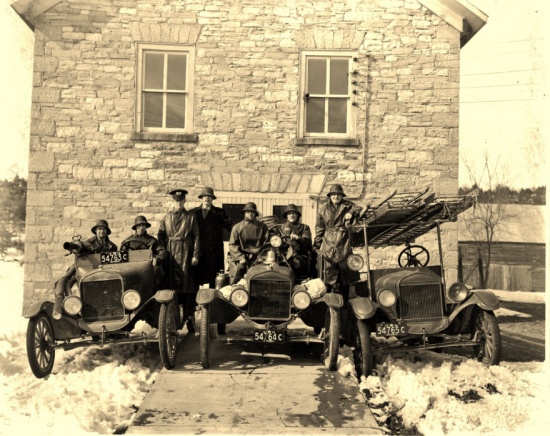 Village of Westport Town Hall ~ 30 Bedford Street
Photo By: The Westport Fire Hall was once housed in what is now Town Hall