Just south of the American Legion National Headquarters is the World War II Memorial. It consists of a half-circle of granite and limestone, 18 1/3 feet in diameter. It is considerably larger than the nearby Korean and Vietnam War Memorials to reflect the relative scale of the conflicts. During World War II, over 400,000 Americans were killed and another half million were wounded, including approximately 12,000 Hoosiers killed and 17,000 wounded. The convex side features a summary of America’s involvement in World War II and a map of the Allied and Axis powers. The concave side contains excerpts of letters from Hoosiers serving in the war home to friends and family. A freestanding column lists the order of campaigns, major theaters, and operations of the war. The World War II, Korean War, and Vietnam War Memorials were designed by Indianapolis architect Patrick Brunner. 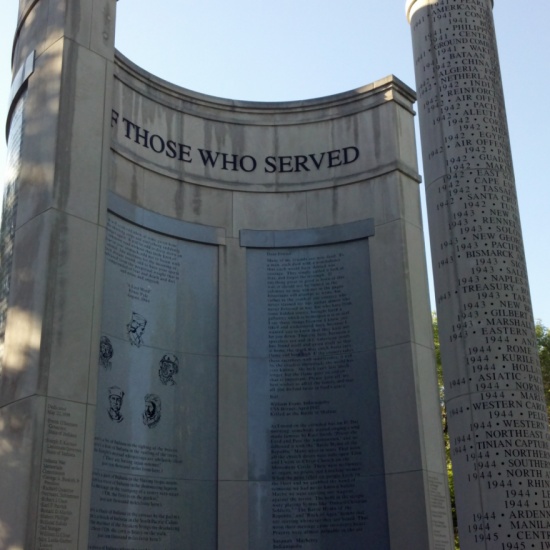 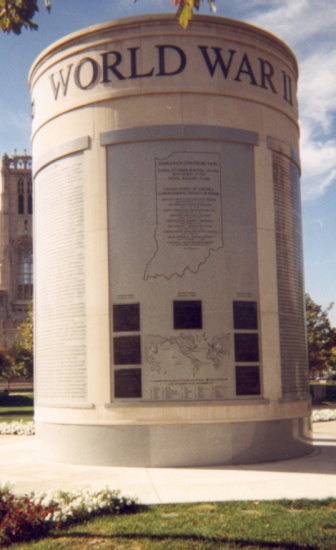