Davidson College has a long history of mistreatment of Black employees, which is discussed in depth at <http://disorientingdavidson.com/>. According to the second international African student at the college, Georges Nzongola, Black workers at the college were listed as “janitors” regardless of their responsibilities in order to distinguish them from White “maintenance engineers” and justify the pay disparity between the two positions (Davidson College 1990, 14). A notable example of this treatment is the case of James Howard; although he was hired as a janitor around the 1950s and paid a janitor’s salary, he worked for several decades as a research and lab worker and teaching assistant. He was frequently called in to supervise or finish projects if a science professor wanted to leave the lab, and was often summoned from his home late at night to help with miscellaneous tasks (Yi and Mellin 2018). A description of his duties in his own words is included below:

“I worked in the chemistry stock room. I set up the labs, chemical apparatuses and chemicals for general chemistry, quantitative and qualitative analysis… and organic… I would pour out the acid and other chemicals they needed… I would cut the glass so they could use it for stirring rods… and I had just a little old small vent fan. But sometimes I’d have to stop and go out and get some air” (Howard 1997, 2-3). 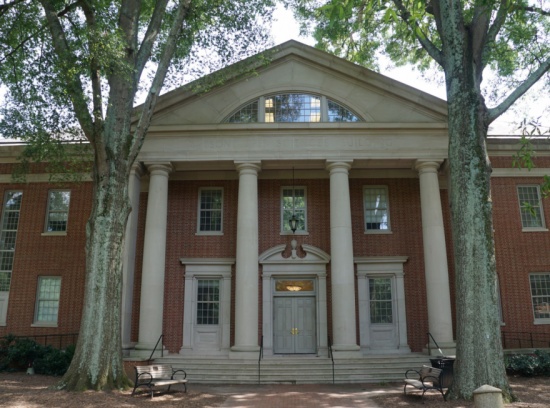