Beardsley is Elkhart's most prominent name. Come see and hear why on this tour!

Beardsley is Elkhart's most prominent name. Since the early 1830's, when the first settler of the family, Havilah Beardsley, purchased land from Potawatomi chief Pierre Moran, the family has made a lasting impression within the community of Elkhart. Havilah and his many ancestors, who lived in the region, all contributed economically, socially, and politically to Northern Indiana, and even some had a lasting effect on the world. The Blue Tour features Havilah's historic home, built in 1848 and renovated by his son, Elkhart's second mayor James Rufus, in 1874. It is Elkhart's oldest brick structure, and a focal point of the entrepreneurial spirit present in Elkhart since the days of its construction.

Also on the Blue Tour, stop by Ruthmere Mansion. Built in 1908-1910, this was the home of Albert and Elizabeth Beardsley designed by English architect E. Hill Turnock. You might also stop by the Beardsley Flour Mill, Creek House, or one of the other numerous sites in the area used, built, or frequented by members of the Beardsley family.

This Tour has been sponsored by Wellfield Botanic Gardens, located at 1011 North Main Street, Elkhart, IN.

Albert R. Beardsley was a guiding force in the early days of the Miles Medical Company, later to become Miles Laboratories. Albert, better known as A.R., had become wealthy and was a leading member of the Elkhart community. He and his wife ... Read more
2

Ruthmere was built between 1908 and 1910 by A.R. Beardsley and his wife, Elizabeth Baldwin Beardsley. It was named after their only daughter, Ruth, who died in infancy. The “mere” part of the name means “near the water,” referring t... Read more
3

Look across Elkhart’s Main Street bridge toward the downtown area. On the other side of the river, you’ll see what is more or less the original city of Elkhart. This is the land that Havilah Beardsley purchased from the Indian Chief Pie... Read more
4

If you look toward Elkhart’s downtown area, the first thing you see is the venerable Main Street Bridge, built in 1927 as the “Memorial Bridge,” to commemorate Elkhart’s young men lost in The Great War -- World War I. Crossing Elkha... Read more
5

Creek House Center is located at 920 Grove Street. Originally part of the Beardsley Estate, Creek House was the stable and carriage house for Ruthmere mansion. The building housed the carriages and horses for two generations of Beardsley ow... Read more
7

You’re standing in the heart of the Beardsley Avenue Historic District, so it’s fitting this triangle of land formed by the avenue and Riverside Drive is the site for a monument to Elkhart’s Founder, Doctor Havilah Beardsley. A lot o... Read more
8

Havilah Beardsley was trained as a physician, but his real passion was business. He first came to Elkhart because he saw the business potential in the abundance of water power here. His first ventures were mills. He started by building a co... Read more
9

At the southwest corner of the house, there is an unusual rectangular second floor window, different from the other windows of the house. But why is it different? Architect Greg Kil offers three possible scenarios. First, since it is a seco... Read more
10

Opinions differ as to the trim color on the exterior of the Havilah Beardsley House. Some people see dark red while others see brown. What do you see? This Tour has been sponsored by Wellfield Botanic Gardens, located at 1011 North Main Str... Read more
11

Across Main Street from the Havilah Beardsley House, on the opposite corner of Beardsley and Main at 116 East Beardsley Avenue, was the home of Benjamin and Sarah Davenport, built circa 1873. Sarah was the daughter of Havilah Beardsley. Sar... Read more
13

A lot of folks, even some longtime Elkhart residents, don’t realize that there was actually a village, of sorts, here before the town of Elkhart was even thought of. When Doctor Havilah Beardsley arrived on horseback on his way to Chicago... Read more
14

Schools were an important part of Elkhart’s growth as well. Above, you can see a picture of Beardsley Elementary School as it was in 1879. The lot at the intersection of Erwin and Dearborn has served as the location for Beardsley Elementa... Read more
15 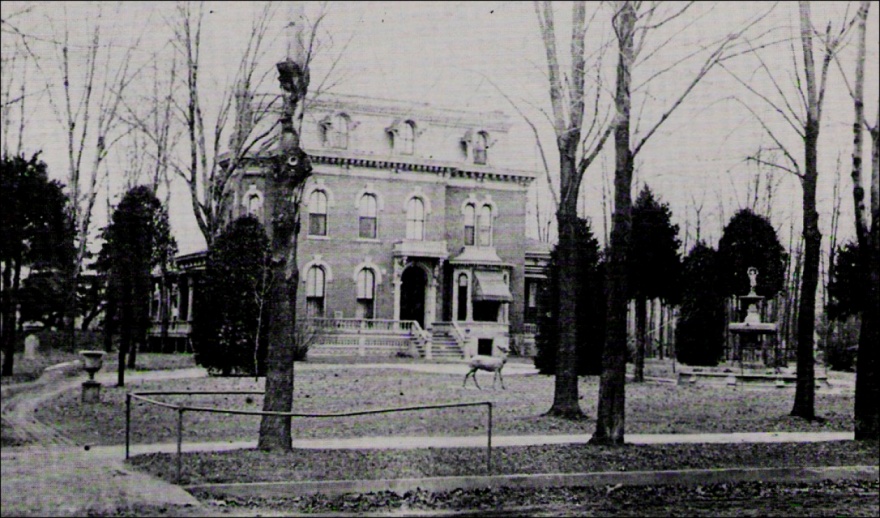 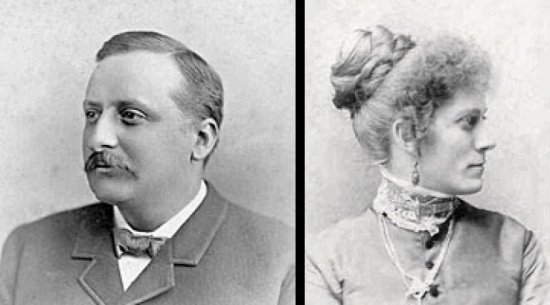 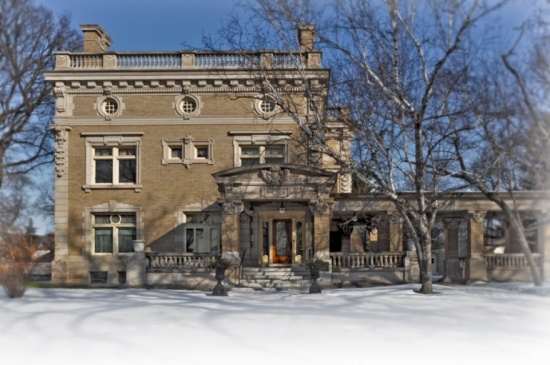 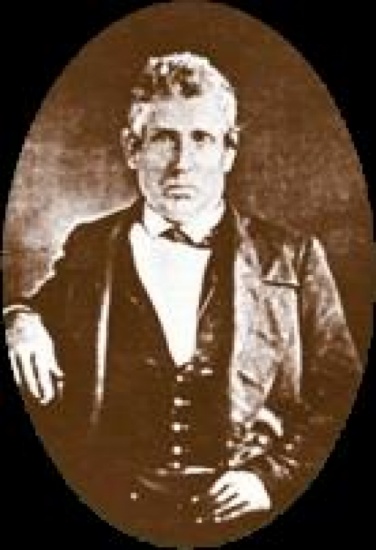 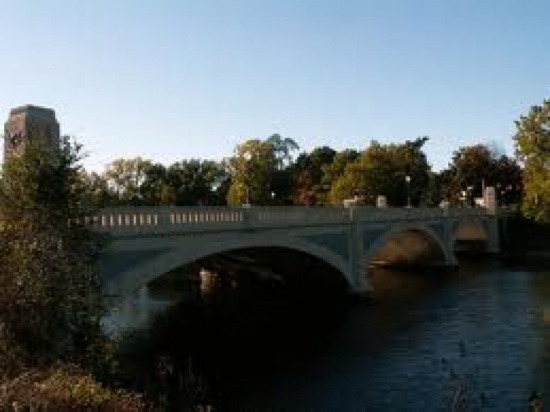 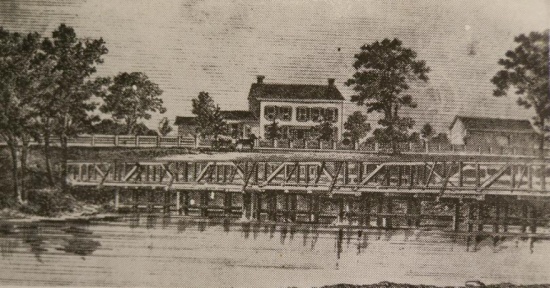 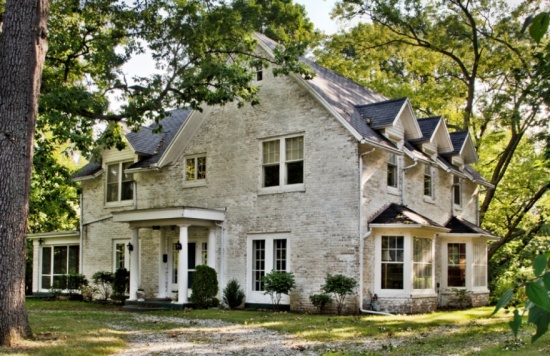 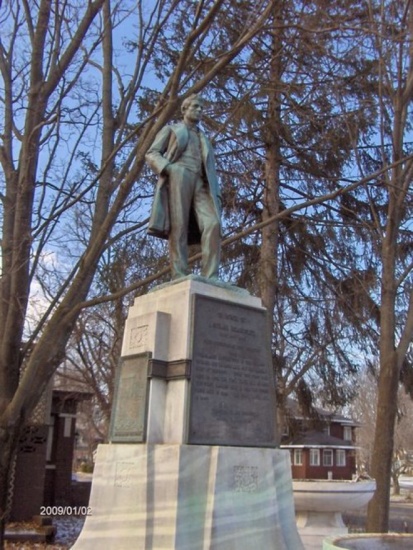 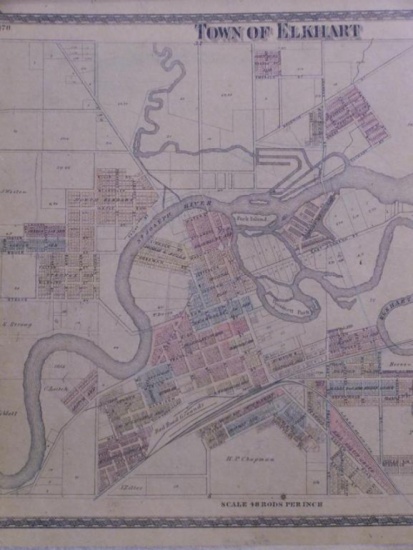 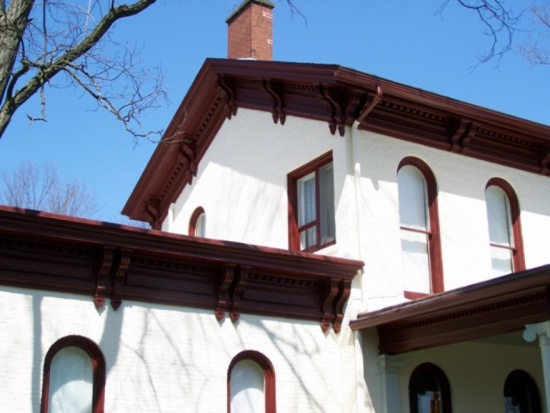 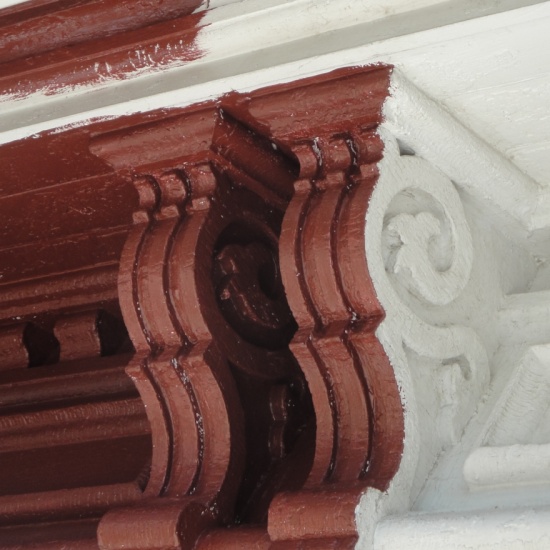 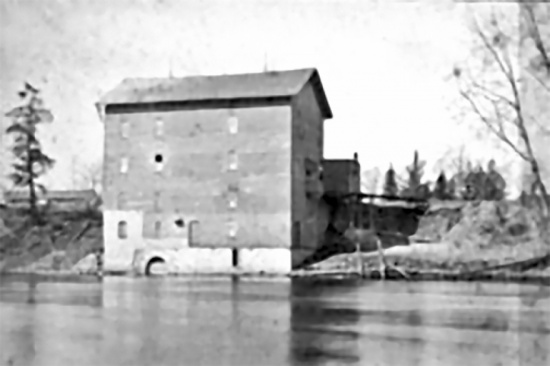 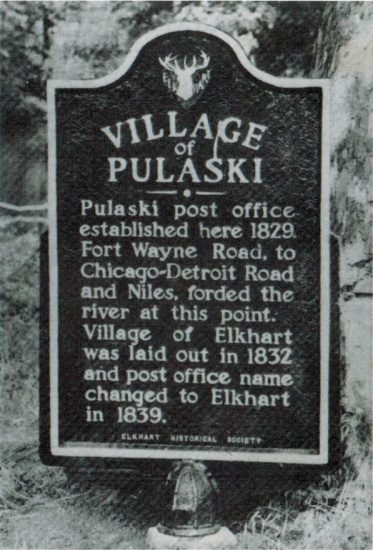 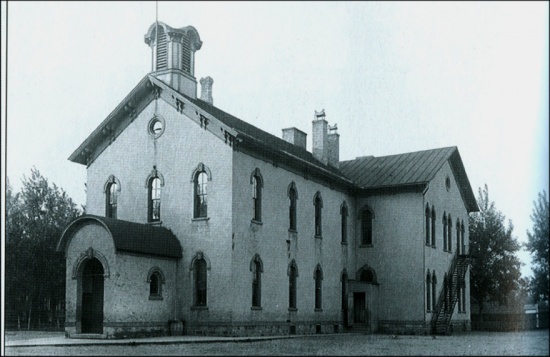 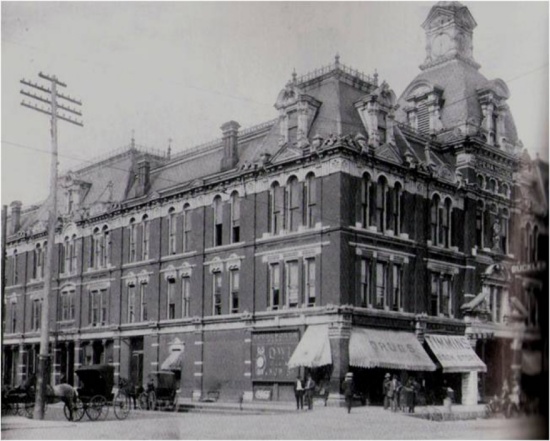