Points of Historical Interest in Moorhead, Minnesota to Preserve, Protect and Remember

This historic preservation tour of Moorhead, Minnesota is designed to highlight the few remaining historic structures in Moorhead. Due to urban renewal in the 1960's and 1970's, many of the gems of Moorhead architecture were lost. We have included both former and current historic Moorhead sites on this tour to generate interest and ensure the survival and preservation of the remaining landmarks in the years to come.

In the years following World War II, changes swept across the United States, and Moorhead was no exception. Between 1946 and 1959 rapid population growth and increasing mobility brought new challenges to the city and its residents.

Large-scale residential construction was under way to meet pressing needs, but one of the largest challenges was in the city’s downtown area. Despite the city’s growth, it was becoming economically stagnant, which led to the ideas of urban renewal as a way to rejuvenate the city.

Downtown Moorhead had been the traditional retail and business center of the city, but many obstacles restricted its growth. The majority of the land was owned by the railway companies that used the land for train tracks and other facilities, which limited pedestrian flow. Downtown also lacked a major department store to attract people to the area.

Because of this, as well as the fact that Downtown Moorhead was decaying, shoppers were increasingly going to downtown Fargo. Many Moorhead business owners were also reluctant to fully invest in the maintenance of their buildings, which became more dilapidated as time went on. An additional concern was that much of downtown Moorhead was prone to flooding from the Red River.

As a response, Moorhead’s city council created a planning commission in 1956 and gave it the task of establishing a comprehensive development plan for Downtown. The development plan was never finished though as the commission was soon overwhelmed as a result of inexperience. However, when the council became interested in urban renewal in 1958, it learned that a pre-requisite for any federal funds was a working comprehensive plan.

In 1963, the Planning Committee released its proposal to redevelop downtown and announced their intentions to start the demolition of the majority of downtown by the end of 1966. The proposal gained approval by the City Council, and the City of Moorhead was awarded $173,464 in federal funds to begin the necessary planning for urban renewal. However, no development company was hired to implement the plans, and since no action was taken it become forgotten by 1967.The hope to finally start on construction failed once again.

This drawn out process also caused issues for downtown business owners who complained that the city officials told them not to expand or upgrade their buildings until the project was finished. This led to many buildings looking run down, making shoppers think the urban renewal process had already started and causing them to avoid the downtown area altogether.

Eventually most of the downtown area was demolished, and it lost many of its historic structures which were replaced by parking lots and large buildings. The urban renewal meant many historic buildings west of eighth street were taken town to set up the Moorhead Center Mall. At the time it was thought as progress, as older buildings needed maintenance and upgrading every few years to keep up with the modern world. However, as time went on, many residents began to regret the loss of Moorhead's historic structures. This tour aims to promote preservation efforts and raise awareness of Moorhead’s rich cultural and civic history. Through participation in this tour, you are joining countless others in the preservation effort to promote, protect and share knowledge of the history of Moorhead and the Red River Valley. 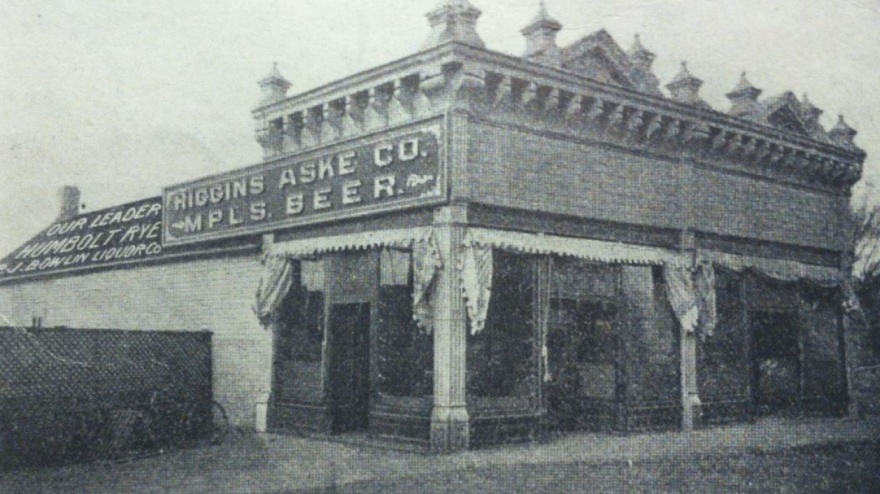