Built in the 1850s, it was used by Conley and Truelove who manufactured boats, furniture, and coffins. In 1861, owner George Murphy installed two forges and bellows and turned the house into a blacksmith shop. Joseph Shillington purchased the building in 1873. For many years, George Kilpatrick, the resident blacksmith, used the second floor as his family dwelling. The Rideau District Museum opened its doors in the old blacksmith shop in June 1961 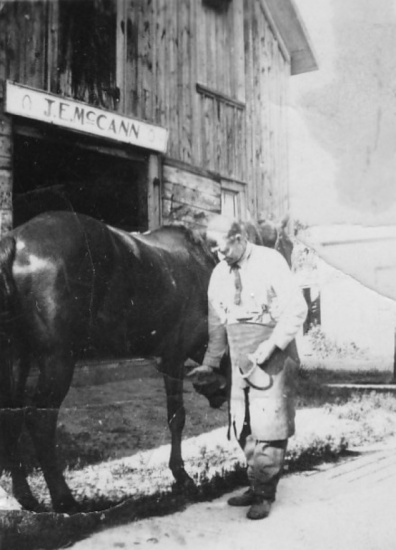