This house was restored by Indiana Landmarks following the plans of H. Roll McLaughlin who is the great grandson of Joseph Staub, the original owner. Staub emigrated from Alsace, a German –speaking province of western France and became an American citizen in 1848. His wife Magdalena Garf Staub was German born. The Staubs came to Indianapolis in 1854 from Cincinnati as had many other Indiana Germans. Staub was the first merchant tailor in Indianapolis and during the Civil War produced Union Army uniforms in the house. After the war, he maintained a tailor shop on Monument Circle until his death in 1896. The house remained with the descendants until 1938. Landmarks purchased it in 1965.The Staub house is an outstanding example of Federal Style. 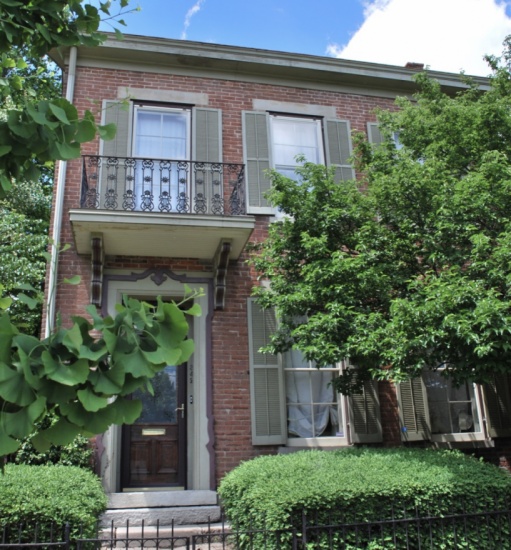