The #10 Grove Street story starts with Seth Pope. Known as “Seth the Trader” he is part of Sandwich legend. Seth came to town in 1670 reportedly with a backpack containing needles, thread and other portable peddling items. Through some conflict with the selectmen, he was ordered out of town. He left with an irritated promise to come back and buy up the town.

True to his promise, Seth Pope came back in 1699 and bought the town grist mill from John Dexter. Seth also bought up lands along Grove Street beyond Academy Road and a house at #10 Grove from Dexter referred to as “my now house.” In 1709, his younger son, Seth Jr. came to Sandwich and in 1710 married Hannah Bourne, the sister of his brother's wife. They started what became the big colonial house at 10 Grove Street.

Seth's father placed Seth Jr. in charge of the family-owned grist mill as well as a fulling mill and weave shop. Seth, Jr. died in 1744. The house stayed in the Pope family and in 1762 was divided into a 2-family home. In 1841, half of the house was sold to William H. Russell. He bought the other half in 1845. Upon William's death in 1848 the house went to his sister Lydia (married to Captain Nelson Crocker) and to his brother Dr. Henry Russell (married to Mary Mitchell of Nantucket). In 1880 Dr. Russell was the sole owner but Captain Laban Crocker, the last miller, also lived there. #10 Grove St. came to be known in town as the “Russell House.“ 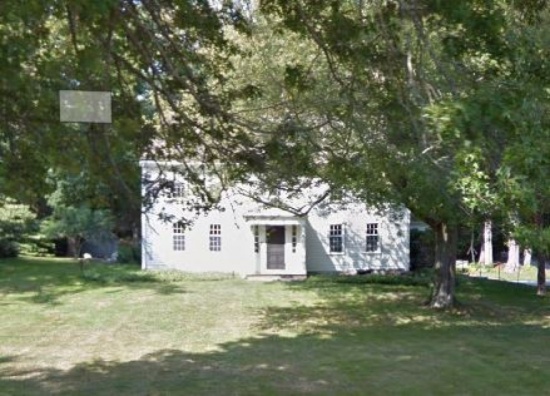