Built in 1880, this home was owned by Mrs. L. Thompson Murray. The use of stars for ornamentation in the peaks of the dormers may be seen in several other homes near-by. The style has been called Second Empire which is hallmarked by a high mansard roof with a curve around all visible slope in this style, dormer windows were univer-sal with ornamentation about all windows. Mansard American homes also added porches and verandas. The home was first restored in 1967. 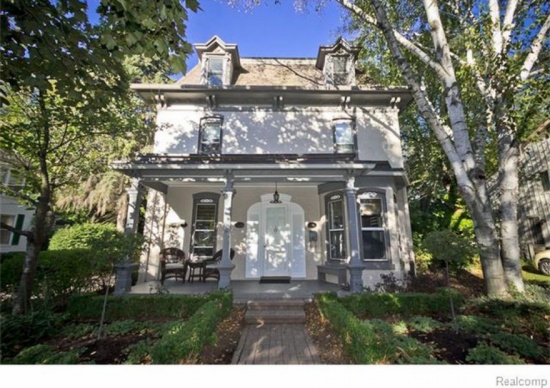