Lake Forest’s Ridge Lane, a short street off Green Bay Road just north of Deerpath, itself is a remarkable enclave of late 1920s/early 1930s architect designed houses encompassing some of the best of its era in Chicagoland. Other architects include Howard Van Doren Shaw’s former associates Ralph Milman and Stanley D. Anderson, along with Walter Frazier. But the Clow house is the first and most visible place on the street, with the largest landscape. Opposite it, on the southwest corner of Deerpath and Green Bay, is planner Edward H. Bennett’s 1916 house—like the Clow house, with a 1928 high wall along those two streets. Both the Bennett and Clow houses manage the grade changes on their sites masterfully, creating the illusion of a level site with their garden spaces."

This point of interest is part of the tour: David Adler Architecture Walking Tour 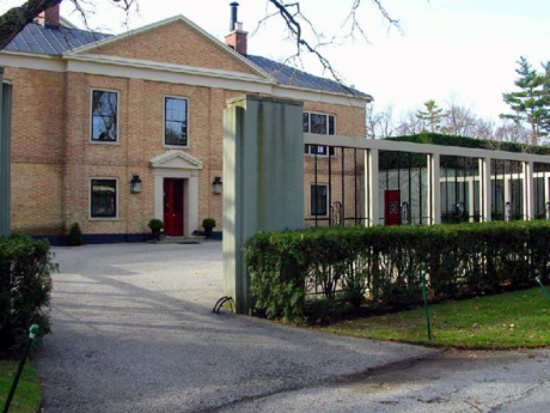