“The original building has been demolished, though an artist’s drawing appears in our app. But in the mid-1800s a Baptist Church with a grand spire stood here at 12 Somerset Street. In 1882, Boston University bought the church, took down the spire, added an imitation Renaissance façade, and named it Jacob Sleeper Hall who, like Lee Claflin, was one of Boston University's three founders.

“With a growing student enrollment (occasioned by Boston’s population boom and other social forces), the College had outgrown its home on Beacon Street, and moved here for its second home. The building had offices, a library, classrooms, and women’s study dubbed “the Parthenon.” 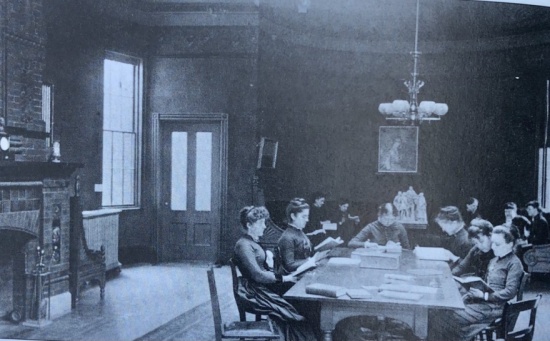 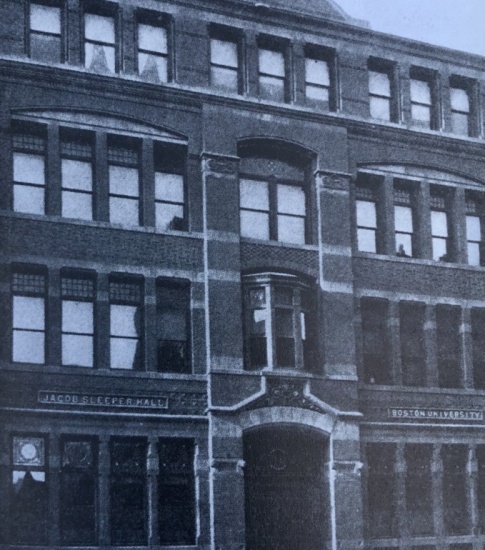 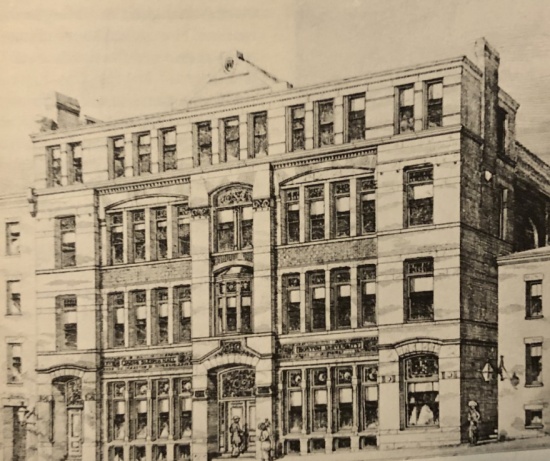