Young Men’s Club member, E. Masterson, perhaps acting for Ellen Atteridge Griffis and her spouse, Willis Griffis, Sr. purchased the lot in 1907. The late Rollie Griffis said that his grandmother, daughter of William Atteridge whose farm this had been, was given first pick from among the lots. Her son, James, a contractor, was the father of Rollie, and lived next door to the west at 112 East Woodland. The commodious house is simple and farmhouse-like in character and its grand wrap-around porch with its stucco arches all facing the then-new park lends it a Craftsmen feel. 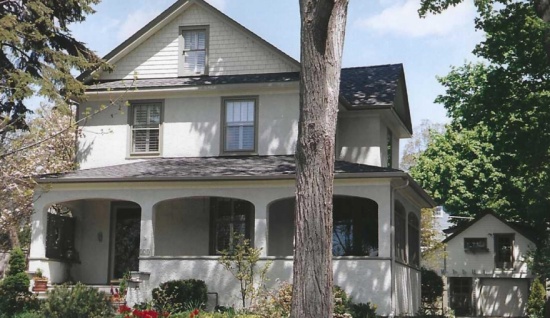