Across the street is the entrance to Ragdale.

In 2011, The Ragdale House, listed on the National Register of Historic Places, underwent a $3.2 million renovation which restored the public rooms to their 1926 charm. The Ragdale House was built in 1897 by Howard Van Doren Shaw, noted architect in the English Arts and Crafts tradition, as his Lake Forest summer home and is one of the most complete examples of a turn-of-the-century retreat in the United States. “Operation Renovation” has preserved the structural integrity and functionality of the home. The extensive renovation included replacement of wiring and plumbing, window restoration, roof reinforcement and installation of a state-of-the-art geothermal heating and cooling system. With The Ragdale House re-opening in May, it will once again host up to 200 resident artists a year.

The original Meadow Studio was designed and built in 1943 by architect John Lord King for Sylvia Shaw Judson, daughter of Howard Van Doren Shaw. The structure served as a sculpture studio for Ms. Judson for 35 years. Upon her death in 1976, ownership was transferred to Alice Ryerson Hayes and later the Ragdale Foundation. Mounting structural and maintenance problems dictated demolishing the original studio in favor of a replacement facility. The new studio, a collaborative effort between the Foundation and IIT architectural students, sits atop the footprint of the original studio. Windows and a skylight create a form similar to the original. Natural cedar was used, which when weathered, will blend into its prairie surroundings 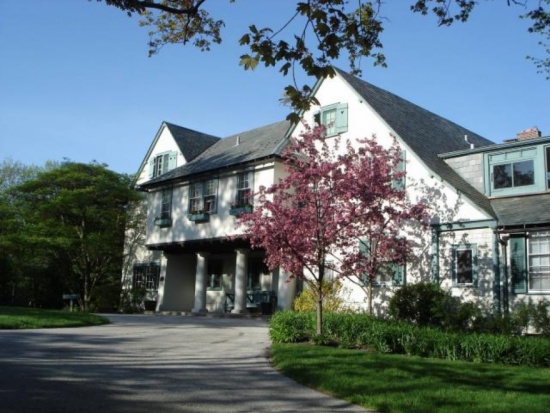