“Here we are at The Claflin Building at 18-20 Beacon Street. Notice anything interesting about this building?

“Named after a BU founder, Lee Claflin, the Claflin building was the very first home for Boston University’s newest school, the College of Liberal Arts in 1873. Prof. Alexander Graham Bell taught classes here, and it would later house the School for Religious Education and Social Services (now the School of Social Work).

“Built in the Greek Revival style, William Fairfield Warren called this building ‘the choicest that even Boston can afford.’ Students, however, seemed to think the interior rooms were dark and gloomy.

“Still, this building was acquired at a time when Boston was beginning to embrace the Industrial Revolution with open arms. At the time, only about 250,000 people lived in Boston. In just a few short decades, that number skyrocketed to 750,000 people. That population boom is absolutely critical to understanding the history of Boston University.

“In the back of this building ran the historic Old Granary Burying Ground, which we’ll see up close in just a few minutes. 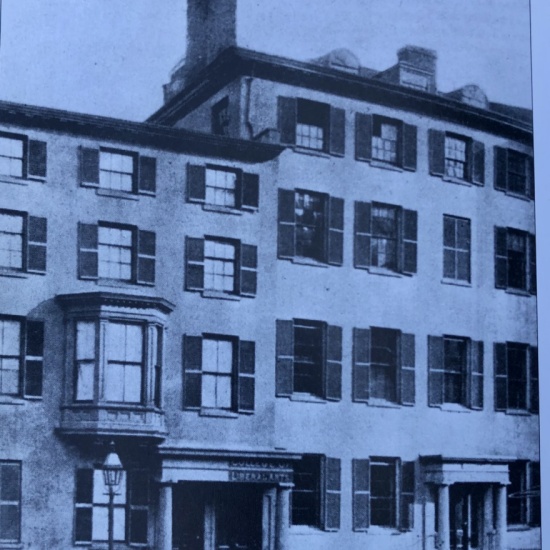 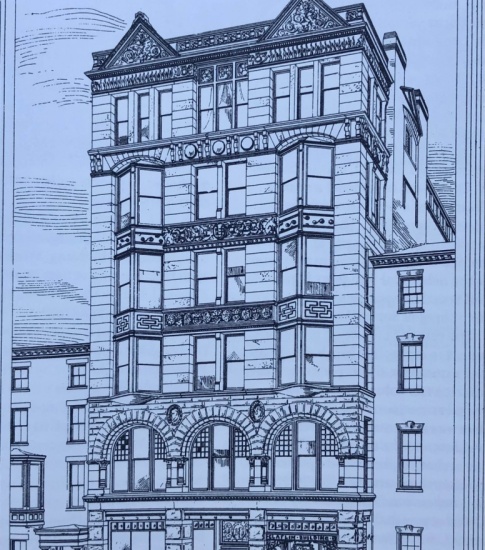 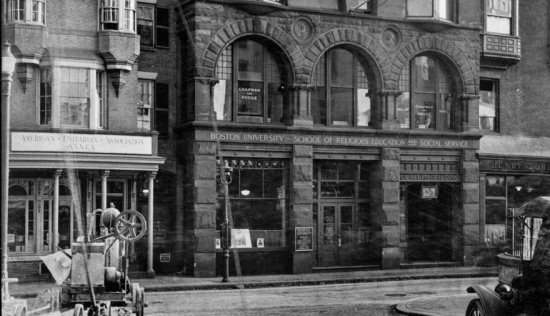