Let’s think about the lives of two early Justices of the Peace, the highest legal authority in Sharon Township, James Kilbourn and Arora Buttles. As a teenager Arora Buttles worked in Amos Maxfield’s brickyard, perhaps alongside “Black Daniel”, making bricks. One assumes he may have approved of the western pragmatism of the “underground railway” that resorted to helping those escaping slavery to reach free territory.

When James Kilbourn entered the US Congress in 1813, he lived and worked with both slave owners and early abolitionists. This included many who founded the American Colonization Society, such as his brother-in-law, Lincoln Goodale in Columbus.

While Buttles and Kilbourne shared the same New England cultural heritage of freedom, they had quite different personal experiences with free Blacks living in early Ohio. Would they have felt the same way about the illegal act of the mob that freed Isham from a slave catcher?

In June of 1821, an advertisement by Kentucky plantation owner Robert Turner in the Franklin Chronicle, a newspaper printed in Worthington, offered a $500 reward for a fugitive from slavery named Isham who “was taken a few days since, near this place [Worthington] and was set at Liberty...he is supposed to be still in the neighborhood or gone toward Lower Sandusky and Canada & is well known to some in the vicinity.” While neither Kilbourn nor Buttles is known to be involved, the advertisement suggests that the Worthington community may have been aware of who Isham was, and how he might have been freed. At the time, $500 was an exceptional amount of money, and the fact that no follow up article about Isham’s capture or payment of the reward was printed may speak to the attitude of the community of Worthington at that time. 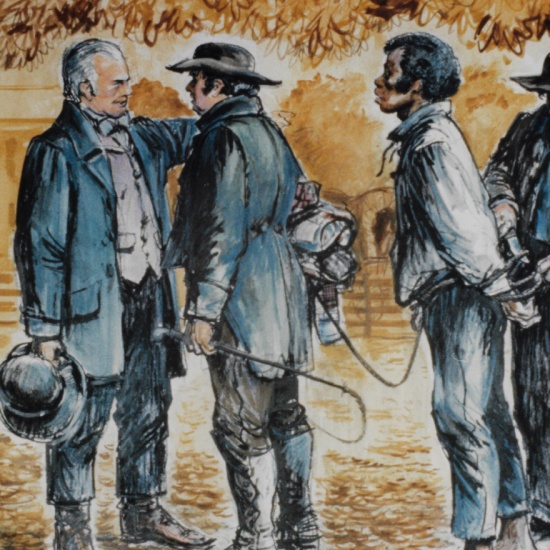