The Morris Addition was Worthington’s first subdivision, named after Calvery Morris, a Cincinnati businessman who provided financing for the development, along with George McCullough. Reverend Uriah Heath, however, was the force behind this addition. (See stop 6.) He sold lots as early as 1855, and the plat for Morris Addition was accepted for the records on 28 February 1856. This plat included 118 lots bordered on the north by current East Granville Road, on the west by current Morning Street, on the south by South Street and on the east by Andover. Plymouth Street was originally known as McCullough, Greenwich Street was Spencer, Andover St. was Foster. While it was intended as a place for retired Methodist ministers and free Blacks to own homes, it is unknown whether any ministers lived here. St. John A.M.E. church was eventually built in this area, and records indicate that free Blacks did build and occupy homes in the area through the second half of the 19th century on. As the tour progresses through these streets, the stories of some of these families will be told. 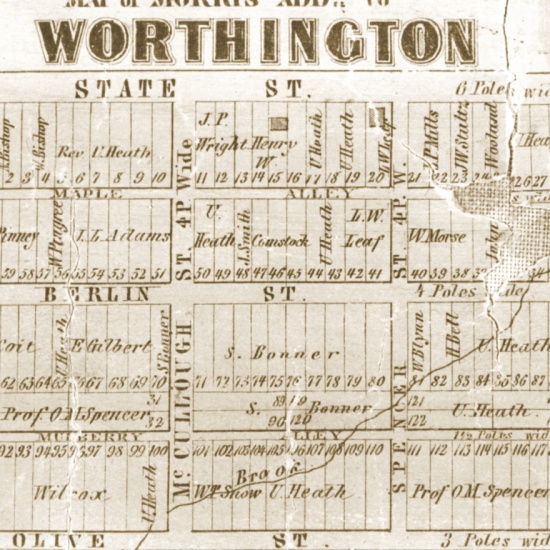