On April 3rd, 1856, when Charles & Lucy Wiley and Nathan & Sarah Mason sold this property to Henry & Dolly Turk, they were doing something historic. The deed indicated Henry Turk “has paid us the full consideration”, described it as “the premises on which the said Henry Turk now resides” and indicated “we have given up his notes”. The Turks, who were both enslaved in Virginia and could neither read nor write, had now become the first Black couple to own their own home in the middle of Worthington. The Turks had been renting the house for some time - perhaps as early as 1840 when Wiley took a mortgage on the property.

A June 11th, 1881 issue of the newspaper “The Independent Observer of Worthington & Dublin” stated, "Aunt Dolly Turk, an estimable colored lady of this place, was interred at the cemetery last Sunday. She was formerly a slave in the State of Virginia, where in the year 1838 she was purchased by her husband, Harry Turk, and they immediately came to Worthington, where she has resided up to the time of her death. Our citizens remember her as a good and kind-hearted woman."

Several of the Turk children also lived here with their aging parents. Preston Turk is listed in an 1878 directory as a barber in the rear of the “Union Hotel”, now known as the Worthington Inn. Daughter Amanda Turk was briefly married to Nero Monroe, who owned land Iin the Morris Addition.

The families who assisted the Turks purchase their home were active members of the Worthington Methodist Episcopal Church (now Worthington United Methodist Church) – a force behind the Underground Railroad in the Worthington area in the years prior to the Civil War. The Wileys and Masons were Methodists living their faith. Years before the Civil War they were not aspiring to assist the Turks to Canada, or contributing money for their passage to Liberia, but welcoming them to Worthington and making it possible for them to buy a home.

It is a contrast to the atmosphere that developed as a reaction to the Great Migration of Southern Blacks starting around 1916. During the 1920’s and 1930’s new housing developments such as Riverlea, Colonial Hills and Medick Estates had restrictive covenants preventing people of color from purchasing homes in the neighborhoods. The clause in Colonial Hills abstracts reads “No part of said Colonial Hills District or any building thereon shall be owned, leased or occupied by any person other than one of the Caucasian race but this prohibition shall not exclude or prevent occupancy by persons not of the Caucasian race as domestic servants of any resident of said Colonial Hills District and the declaration by any court of the invalidity of any part of this prohibition shall not invalidate the remainder thereof.” Worthington was no longer a sleepy, rural town, but becoming a commuter suburb. Expansion brought new residents and new attitudes.

In an interview in 2013 for WOSU’s Worthington episode of Columbus Neighborhoods, Juanita Jones remarked, “I would like to say that at first the Worthington Community had no problem with race. People of different color lived all over the area, but then as the builders came in then they started to say they were not selling to Blacks and that made a problem and some of the older Whites as well as the Blacks said, “What do you mean? It’s always been an open community.”

Another longtime Worthington community member, Rosanna Fields continued, “There were a few objections when we moved in [to Worthington Estates] even though my husband had been born in Worthington, but the objections that we found out were from people who had also moved in recently. They were not old Worthington.”

Unlike the Turks, who were able to purchase a home in the heart of Worthington with help from the community, or Blacks who owned land and homes in the Morris Addition (which you will visit next), people of color looking to own new homes in the 1900's were far more likely to encounter purposeful exclusion. 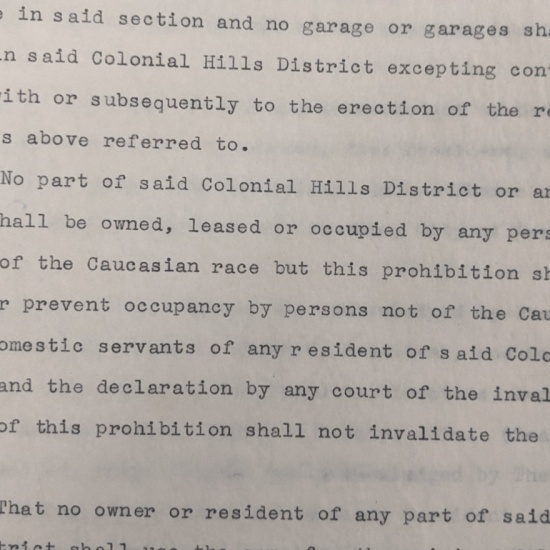 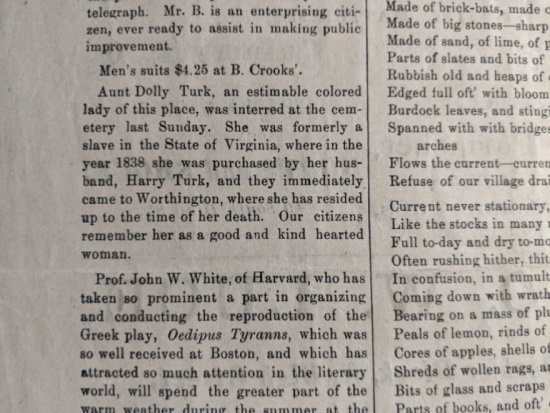 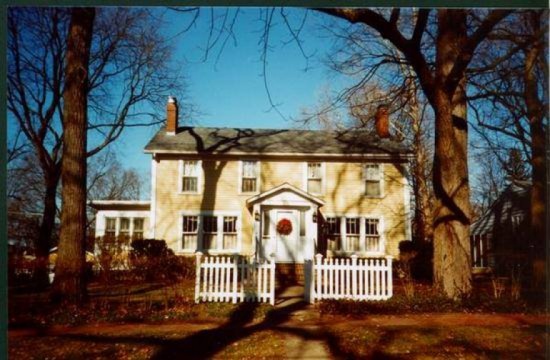