The picnic shelter was moved to its present location on the south side of the park by the WPA and expanded to its present day T shape. The WPA provided paid jobs to the unemployed during the Great Depression in the United States, while building up the public infrastructure of the U.S., such as parks, schools and roads. The drinking fountain at the band stand was a second project of the WPA on Island Park. The History Hike for Fitness is sponsored in part by Inova Federal Credit Union. 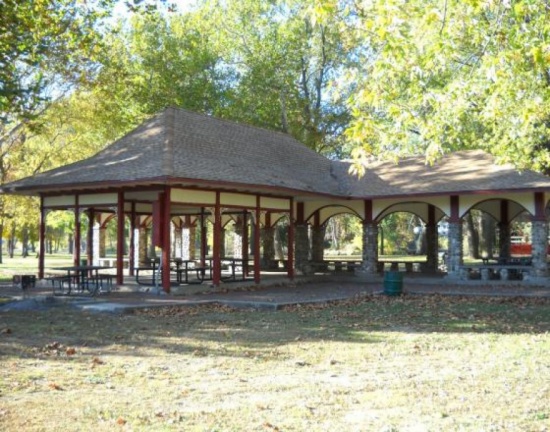