“As we make our way to our next stop, we'll pass by the Massachusetts State House. The State House sits on land that was once owned by John Hancock, Massachusetts' first Governor.

“The building was also designed by Charles Bulfinch and constructed in 1798. Goldleaf was not added to the dome until a few short years after Boston University was founded. It was later painted black during World War II so as not to shine like a sitting duck to enemy aircraft (see attached photo).” 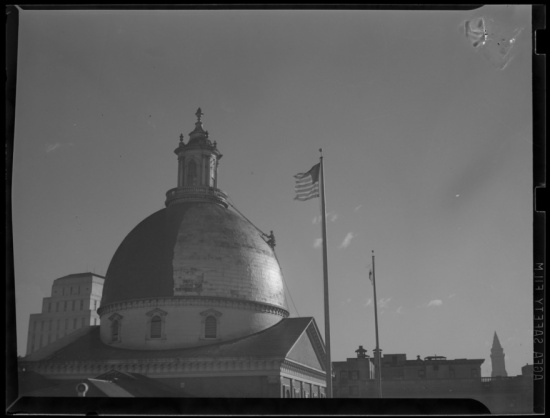