This is another one of Northville's oldest homes. Perched stately atop its own hill in im-posing splendor, this home was built by Daniel C Cady who arrived in Northville with his father in 1826. Although other publications have dated the structure from a later period the current owners believe the first portion was built in 1830. 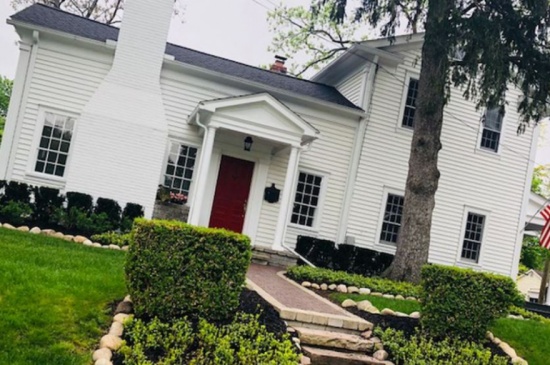