This may well be the oldest house in Northville. It was once a wing of the William Dunlap home which faced Center St. Dunlap, one of the community's earliest settlers, is said to have built Northville's first frame structure in 1831. This may have been it, or a part of it. This structure was moved to this loca-tion when the Dunlap home was turned to face Dunlap Street. Dunlap, along with Daniel Cady, filed Northville's first plat map in 1840 and is a city founding father. He purchased his land from John Miller in 1831. 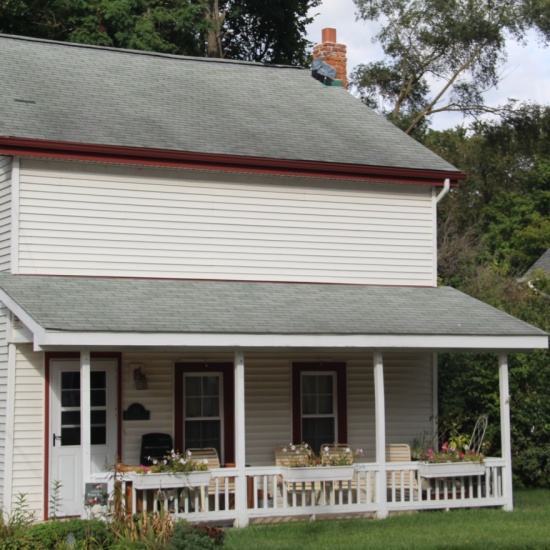