This gothic stick style house was built in 1864 by George Schribner at 1426 West Washington Street. It was going to be demolished in its previous location and the house on at 325 Park Avenue had been demolished. Indiana Landmarks saved the house and moved it to its current location to be renovated by a new owner.

The story and 1⁄2 cottage on the corner at 321 Park Avenue was built in 1864 by James Pierce, a teamster. The charming stick style cottage fell into significant disrepair and escaped demolition only because three local women (Lorraine Price, Melissa Goldsmith, and Brenda Huston) bought and restored for resale in 1977.

The new owner of the blue cottage and buyer of the pink cottage fell in love and requested permission from the Indianapolis Historic Preservation Commission to connect the two cottages so that they could get married. They connected the two with the solarium and married in the side yard in 1980 with most of the neighbors in attendance. The couple lived in these connected houses until the husband passed away and the wife moved to Florida. In 2013 the Smalls who initiated the rebirth of Lockerbie Square in the 1970s downsized from 542 Lockerbie Street (across the street) to 325 N Park Avenue. The separated the two structures with a wall in the solarium and sold 321 to a young couple who celebrated their wedding with a "second line" parade down Lockerbie Street with dancing in the street at Park and Lockerbie for the wedding party and neighbors in 2018. 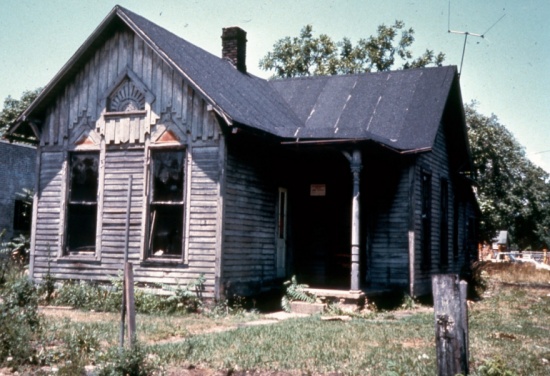 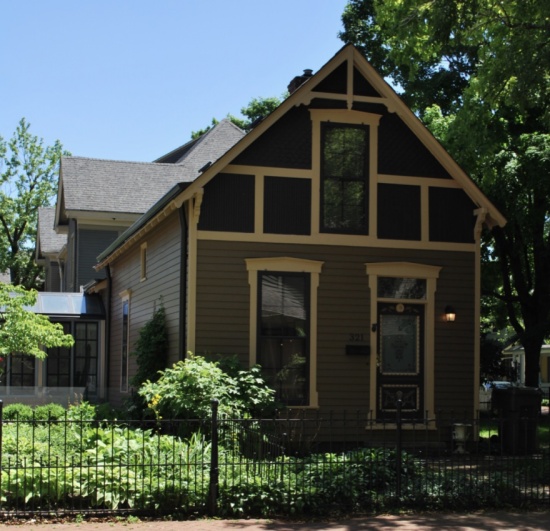 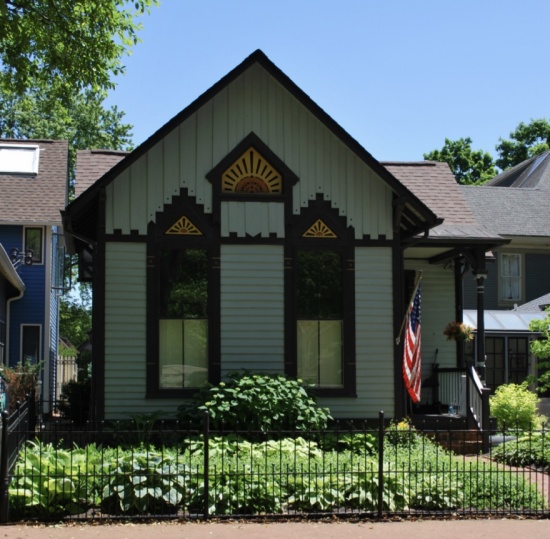