This brick two story double was also built by brick mason William Keely. It fell into disrepair until Carolyn and Terry Bradbury restored it in the early 1970’s and still live there today...having raised their family there. The Bradburys were some of the very earliest urban pioneers to move into the neighborhood and their son is now doing the same in Cottage Home neighborhood. 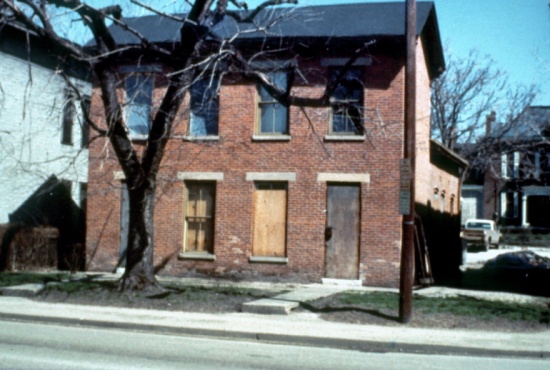 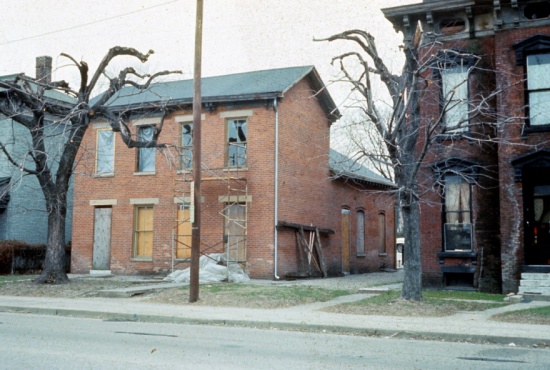 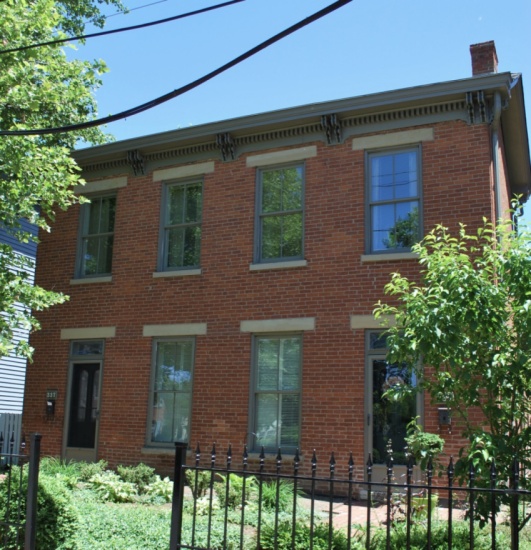