Built in 1873 by Edward R. Kellogg, this home was built in sections. The oldest portion is that which faces the West-Dunlap corner. The original building had a flat top roof. The property dates from Alva Smith's-land grant and was sold to Kellogg for $325. He added the wing in 1888 after borrowing $1,000. The building originally fronted West Street. The cur-rent owners found remnants of earlier small porches while restoring the property. 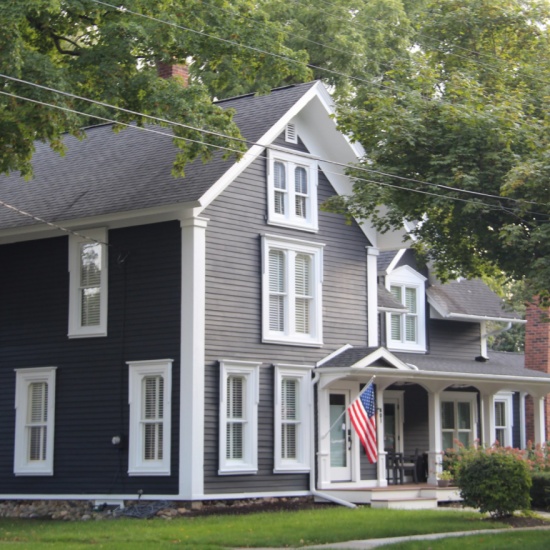 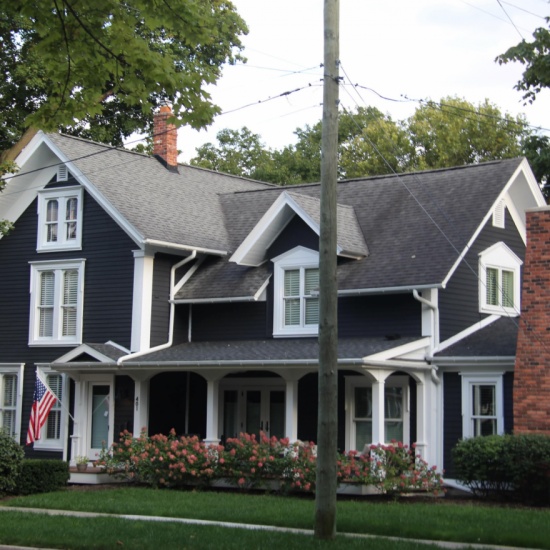