In 1978, Don Perry, Architect designed the new home, garage & apartment on a large vacant lot on the corner of Lockerbie and East Streets. This was the third new home constructed with the redevelopment of Lockerbie Square. It was significant to the revitalization effort as the owner, Tom Binford, was a highly recognized “mover and shaker” for Indianapolis and was ranked by the Indianapolis Business Journal as the most active corporate director in Indianapolis in 1985. His re-location of his residence to the neighborhood was a real boost to those who thought no one would live downtown. 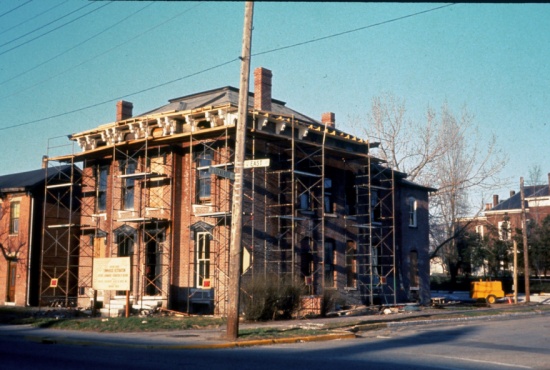