This brick house was the first new home in Lockerbie Square and the first in the downtown for many decades and officially kicked off the revitalization of the neighborhood. Indiana Supreme Court Justice, Roger DeBruler and his wife, Karen had the home built in 1973 on the site of the John F Holt house and on what, at the time, was the playground of the Indianapolis Day Nursery (IDN). The DeBrulers bought the entire IDN property which included two houses on Lockerbie Street. The well-known Indianapolis architect H. Roll McLaughlin, FAIA, designed the house and the DeBrulers lived there until the Justice's death in 2017. The house was renovated and an addition was added in 2020. 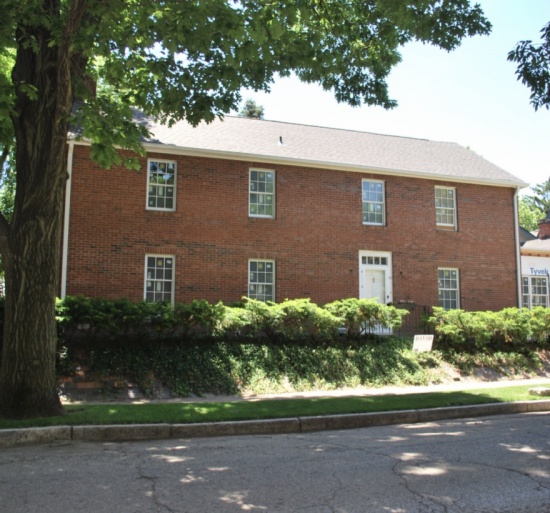