This is the first of the historic in-fill houses moved to Lockerbie by Indiana Landmarks & the neighborhood to save an endangered structure and bring life back to the empty lots. It was originally located at 916 N Broadway in what is today Chatham Arch historic district. However, had it not been moved to this site it would have been in a land fill or buried on that site. The house was built by Frederick Faut, a proprietor of a flour and seed store and a civil war medal of honor awardee.

The house was moved in 1976 and architect James T. Kienle, FAIA and his wife,Marjorie, spent the next 9 months (their biggest baby) restoring it through the very first financing package from a bank in many years...breaking financial barriers that held back the re-development effort. Being the 1st house move, many things were learned: including not to go for the cheapest bid. As the house was moved back over the steel rails, one of the rails snapped at a welded join and the house dropped into the new concrete block basement. The dropped caused the loss of some of the interior historic plaster but the 1872 hand painted ceiling in the parlor was saved. In 1985 the carriage house with an apartment above was added. 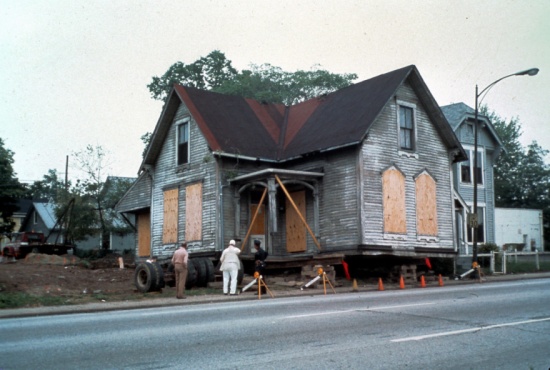 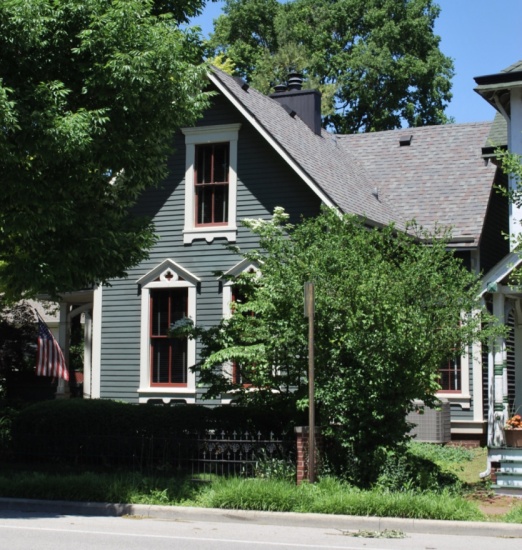