Henry Runge built this two and a half story frame Queen Anne style house in 1894-95. A house stood here in 1866 and may have been integrated into the present house...it is unknown. The house purchased by the Indianapolis Day Nursery along with the small brick cottage to the west and a large lot on Vermont Street in 1926 and made it its home until 1970. As such it had several additions attached to it and a gymnasium to the rear that had to be removed. Bob and Helen Small took on this Herculean effort through their own sweat and labor. At that time, no bank would finance restoration efforts in this neighborhood that was filled with houses with demolition numbers painted on them.

So Bob and Helen did it a room at a time over many years. Please note the photos of the condition of the structure as they addressed the restoration challenge. The inside had very old linoleum laid down with a layer of tar. The Smalls carefully removed it and found beautiful oak parquet floors ringed with inlays of cherry and walnut. The paneled stair wall and the fret work framing the entrance to the stair in the entrance hall were all painted industrial green which Helen painstakingly removed to return it to its original grandeur. In 2013 the Smalls downsized and moved to 325 Park Avenue. The restoration of this large home has been taken to the next level by its current owner.

In 1976 a next door gymnasium was also removed. 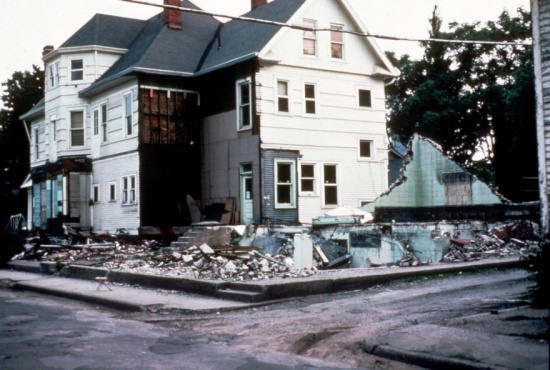 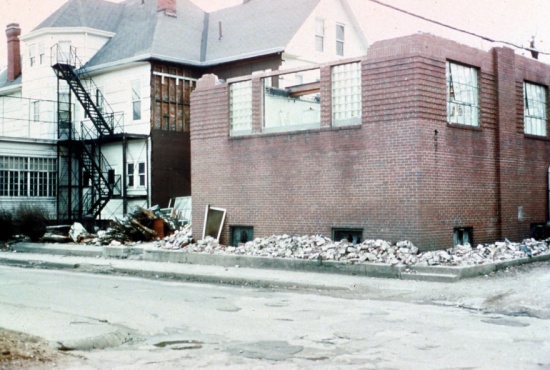 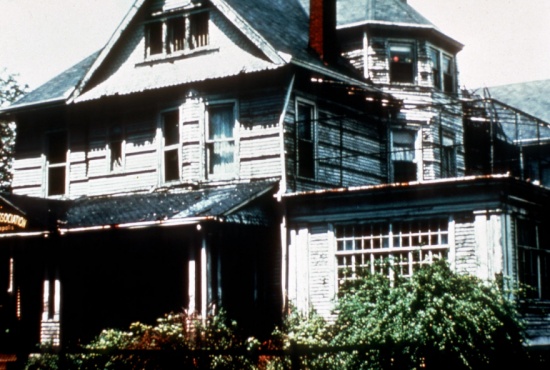 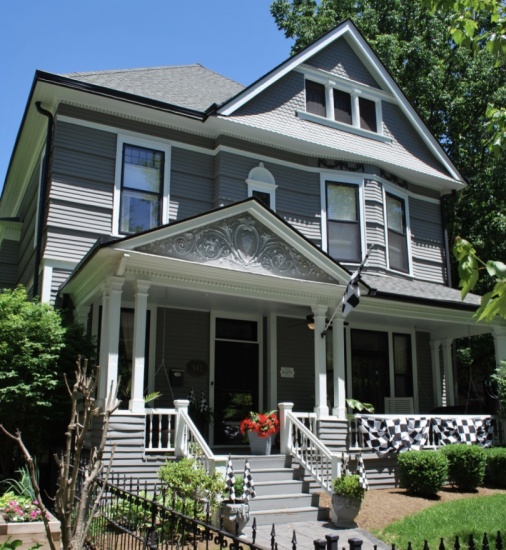 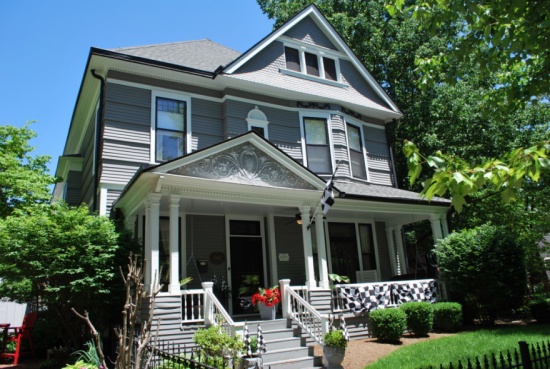