This house sits on a lot that was vacant for many years and served as the neighborhood park. Cookouts, Volleyball games, etc. and just groups of neighbors visiting together would gather on the lot. The owner passed away and the heirs sold the lot to the highest bidder. The neighborhood tried very hard to buy it but could not raise enough money fast enough. That owner held the lot for 5 years and sold it for significantly more than the neighborhood could afford. So the couple who bought it hired architect, Mark Demerly, AIA to design a house. It divided the neighborhood for a while but the house has become part of our history now. It has a gable in on the east side to match the other cottages just to the south on Park Avenue and a formal front on Lockerbie Street to be more contextual with the neighboring larger homes on that street. 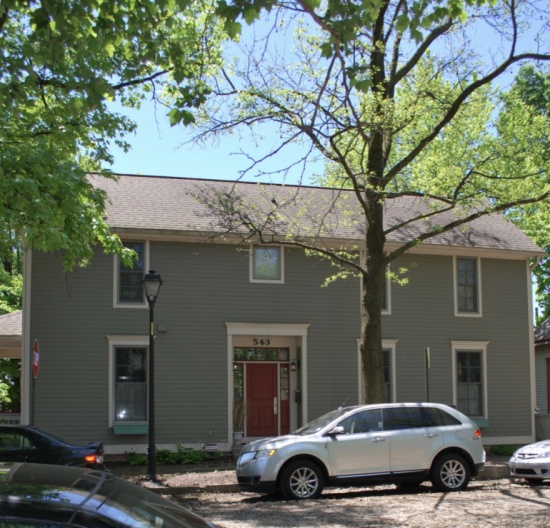