The property on which this lovely brick home. Was part of Ira Rice's land grant. ice sold the land in 1830 Hiram Robinson. It was sold many times, until Elizabeth Scott bought it in 1882. Varying reports identify Winfield and Elizabeth Scott as the first owners of this home. The same reports vary as to when it was built. plac-ing the building between 1866 and 1886. If indeed Scott's were the first owners, it had to have been bui It after 1882 Perhaps an earlier landowner built the home, but sale price seem to deny this likelihood. It has a slate roof and large bay window. Interior features include a solid marble fireplace and walnut stair-case and woodwork. 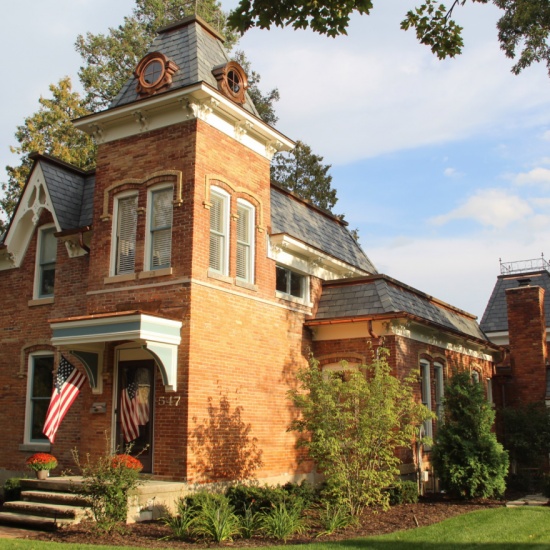 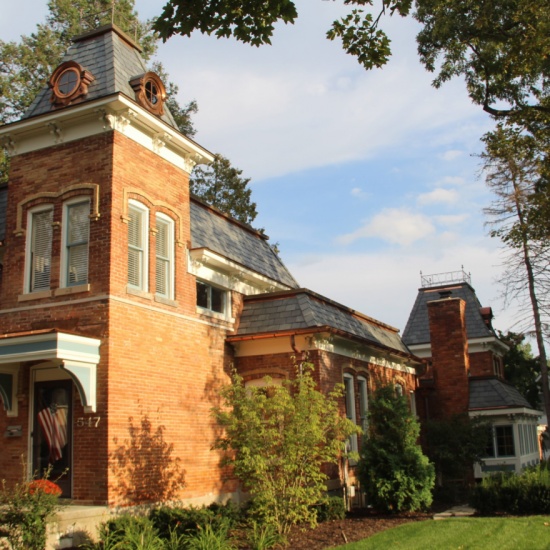