#6 Grove street was built in 1888 by Benjamin Gibbs Bartley (born June, 1857) and presented as a gift to his new wife, Theodora Newcomb. They named it “Bendora,” derived from their names: BENjamin and TheoDORA. They were married on October 3, 1888.

The family has original documents including a deed recorded on 14 June 1888 and receipts for framing, nails and brick purchased from local lumber suppliers on 16 June, 1888. Around this time, Bartley owned a dry goods store on Jarves Street in the Town Center. In 1907 Benjamin G. Bartley was a Trustee and one of 16 founders of the Sandwich Historical Society. Benjamin died on January 24, 1930. His wife died in the same year on April 1st. Both are buried at Bay View Cemetery in Sandwich. 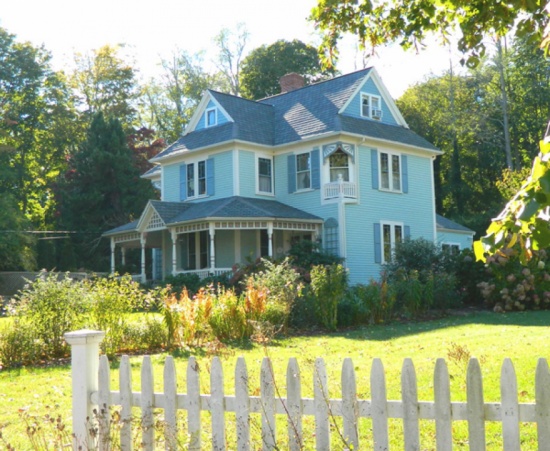