“In 1913, and for the first time in its history, Boston University moved out of Beacon Hill and into Copley Square here at 688 Boylston Street, a building leased to the University by MIT.

“That building is now demolished, but it once marked the third home for an ever-growing and ever-expanding College of Liberal Arts and later the College of Business Administration.”

“The building and adjacent lots provided surplus space for the College, including a handsome library, observatory equipment on the roof, science labs, and—of course—“The Marble,” an eloquent lobby frequented by all students and faculty.”

“After the Great Depression, Boston University was again seeing expanding student enrollments and with the eviction of BU from 525 Boylston Street, it faced both a challenge and a historic opportunity. We’ll now make our way westward to observe the migration of BU in the second half of the 20th century…” 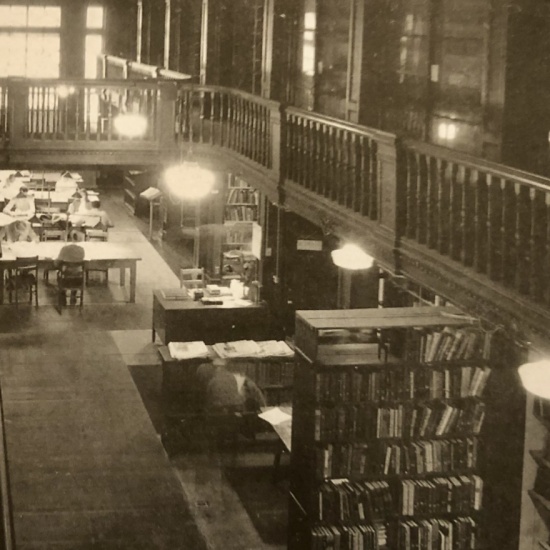 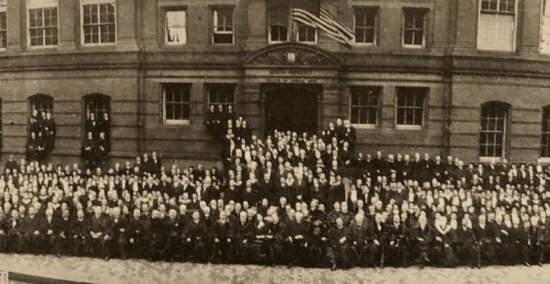 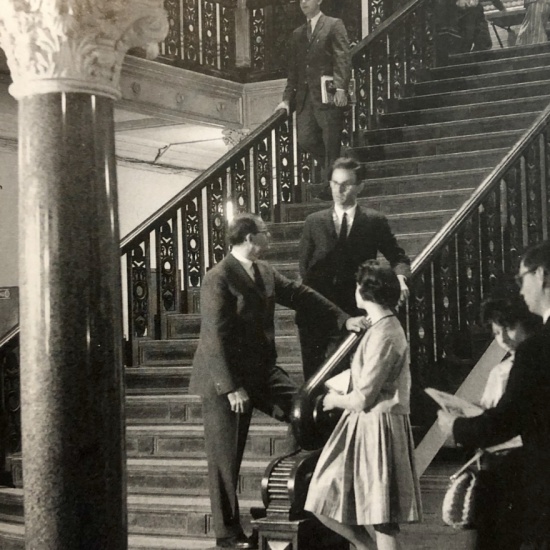 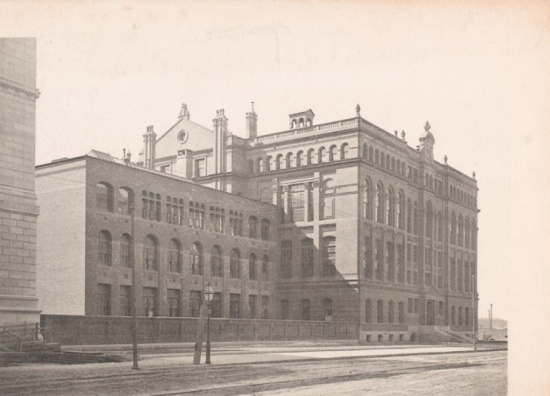 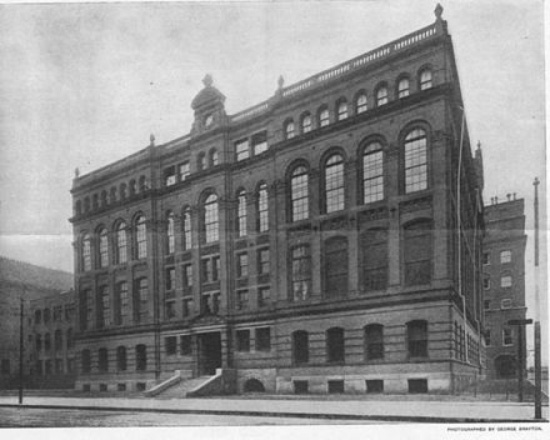