Looking out the front door of the Castle, one can see three towers stretching into the sky. Those towers comprise the Warren Towers residence hall, which was constructed in the 1960s. 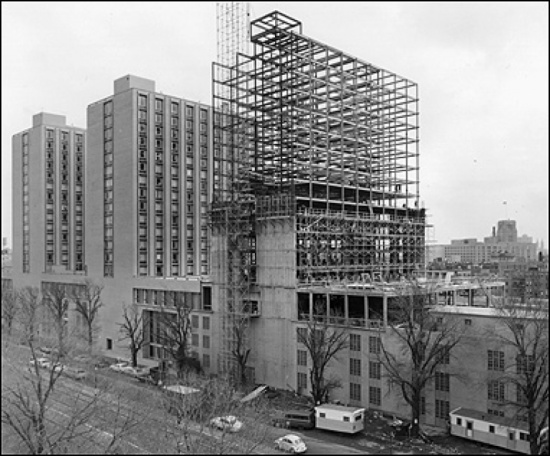