Peter Newcomb, of Edgartown, Martha's Vineyard, had the first tavern in town and was noted far and wide for hospitality. The house stands much as it was originally built, except the north side, which has had improvements. In the time of the Revolution it was known to be headquarters for the Tories and it was in front of this Tavern on the evening of Sept. 24, 1774 that patriot Dr. Nathaniel Freeman was set upon by Tories and all but murdered. The culprits were easily identified and arrested and made to sign a confession at Sandwich's Liberty Pole.

Before the Mill Pond (Shawme Lake) was made by damming the waters in 1812, the highway crossed the stream in front of the Newcomb Tavern. Across the highway was the "bog land" donated in 1834 by the Newcomb family for a new Town Hall. 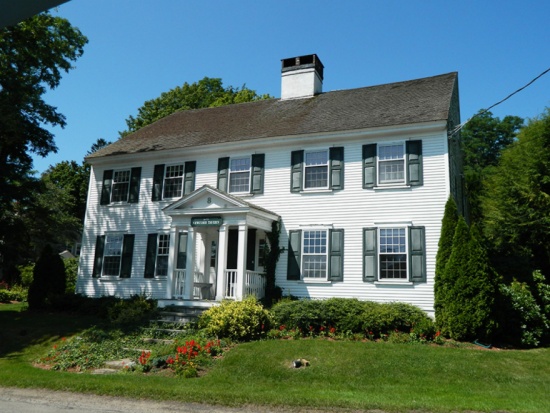