This story-and-a-half cottage appears to retain its original form. It was the home of Aberdeenshire, Scotland-born (1858) James F. King. King, long time city clerk from the 1890’s through 1910 estate era, was an early drafter of local ordinances. King collaborated with the Improvement Trust on Market Square, 1915-1916. He also served in the first volunteer fire brigade. A subsequent owner was Elizabeth Stark, whose father was Alex Robertson (849 Summit Place, next door). The late Rolly Griffis recalled that circa the 1920’s, there was a small store in the front of the house, typical of stores in such neighborhoods around town (corner of Woodland Road and Western Avenue, Noble Avenue, Ryan Place, and the lower section of Washington Road). 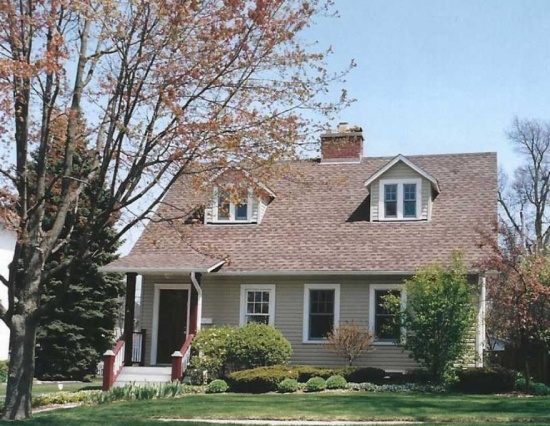