Like 901 Summit Place, this 1912 home appears to be a slightly smaller version of that standard four-square variant hipped roof two-story plan. The house was built by Speidel. This was the Charles Kiddle home on the lot he bought in the 1907 auction. Kiddle immigrated from Somerset, England in 1904, and lived here with his spouse Anna, and two sons, Joseph and Charles, Jr. HE was superintendent of the former David B. Jones estate in 1930. The family name is best known for the cycle shop, which has long been a fixture in Market Square, though now owned outside the Kiddle family. 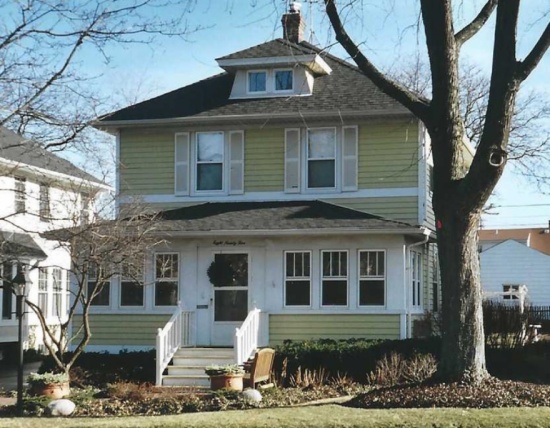