Directly accross the street is 908 Oakwood Avenue. This is a 1914 stucco four-square of the neighborhood type, owned by Walter F. Smith, who founded with his spouse, Smith’s Men’s Store. The store passed to Walter’s son, the late H. Brooks Smith, a jazz musician and local historian (also with his wife, Jacqueline, lead the creation of Gorton Community Center over 40 years ago when the Gorton School closed). Brooks’ mother, an Atteridge, also grew up at 908 Oakwood Avenue, on a portion of the old Atteridge farm property. The current view of the home reflects an expansion of the front enclosed porch. 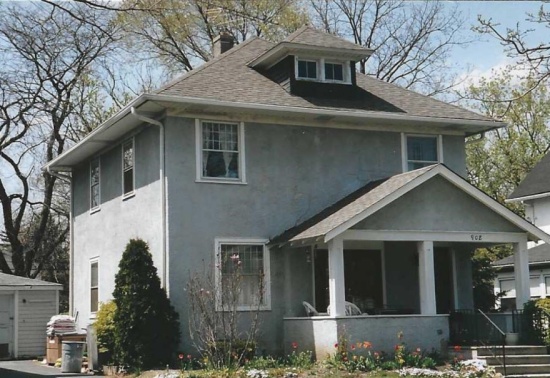