The 15th Century Tower
The church we see today dates to about 1452 when the rubble-built square tower was built, conceivably as a watchtower originally. It comprises a series of floors connected from the first floor by a magnificent spiral stone staircase. The first floor boasts a vaulted ceiling, while the floor above was adapted as a dovecot when the original defensive arrow slits were used as flight windows. The upper floor of the tower is the present bell chamber. (See photos 1 & 2 in slider above)

The 16th Century Church
Around fifty years after the tower’s construction, a church was built onto its east face. A chancel was then added and, later, the Ballencrieff aisle to the north elevation. The Gosford aisle was added to the immediate west of the Ballencrieff aisle in the 17th century. This church, apparently long and low in design, was described as ‘a disgrace to the parish’ prior to its reconstruction in 1773.

The 18th Century Church
Both the Ballencrieff and Gosford aisles and the original tower were incorporated into this rebuild – known, because of its shape, as the ‘square kirk’. With its high gable, the roof of this new church was much higher than what we see today. (See photo 3 in slider above)

A grave stone, formerly attached to a wall but now situated outside the south-east corner of the present church, survives from an earlier phase of building and perhaps the ‘square kirk’. (See photo 4 in slider above)

The Present Church
In 1886, the ‘square kirk’, save the tower and the two aisles on the north elevation, was demolished to make way for the present church. The building work was commissioned by the 10th Earl of Wemyss and designed by London architect William Young, who also designed the Earl’s residence of nearby Gosford House. The new church opened for worship on 2 June 1887. (See photo 5 in slider above)

The lower roof greatly enhances the proportions of the 15th century tower. New transepts built into the south elevation complement the 16th and 17th century Ballencrieff and Gosford aisles on the north elevation and create a church in cruciform shape. Externally, the four aisles are finished with thistle and cross finials, and the two easterly aisles with crow-stepped skews. Twin porches were added to the north and south sides of the tower and a vestry (no longer used as such) was added to the east of the chancel. (See photo 6 in slider above)

Internally, the fine craftsmanship of the open timber roof, pointed arch arcades and crocketted capitals opening into aisles and transepts, completes the building design (See photos 7 & 8 in slider above). The chancel incorporates the large, and probably 18th century, window design. Its stain glass windows and those in the south aisles are by Edward Frampton of London. The most significant is the central window which was copied by Frampton from Sandro Botticelli’s painting of the ‘Virgin Adoring the Sleeping Christ’ (See photo 9 in slider above). The chancel windows are also notable for inclusion of the opening musical notes of Handel’s ‘Messiah’. The windows in the north aisle were designed by James Ballantine of Edinburgh (See photo 10 in slider above).

Also in the chancel is a cast of a fragment of an 8th century Anglian cross shaft found in the wall of an adjoining manse garden in 1863. The original cross fragment is on display in the National Museum of Scotland in Edinburgh (See photo 11 in slider above).

The oldest of the two marble monuments within the church is a memorial, on the west wall, to Lady Elibank (d.1762) and attributed to the Italian sculptor Antonio Canova (See photo 12 in slider above). The second is an effigy of Louisa Bingham, Countess of Wemyss and March, and wife of the 9th Earl. Carved by John Rhind, it was exhibited in the Edinburgh Exhibition prior to being installed in the chancel in 1887 (See photo 13 in slider above). It was moved to its present position in the south aisle in 1960. Several other memorials dedicated to members of the Wemyss family, the Hopes of Luffness and former ministers of the church may also be seen within the church.

The finely carved Communion Table and set of chairs were donated in memory of Mr. A. Stevenson of Luffness, a previous church Elder. The christening font and pulpit within the chancel are of Caen stone. The organ, within its Gothic case, sits in the north transept.


The 2016 Restoration
Given that it has stood for over 500 years, it’s no surprise that the church tower was in need of restoration. Thanks to grants and donations, most notably from the Heritage Lottery Fund, a programme of remedial works was carried out in 2015-2016. During the work, nearly 600 square metres of the stonework were re-pointed and 224 stones eroded by wind rain were skillfully removed and replaced. In addition, the entire roof was lined with weatherproofing and 516 square metres of slate were replaced. Topping it all, an impressive new weather vane, gifted through generous private donations and resplendent in black and gold above the tower, completed the restoration project. We hope that the church will continue to be enjoyed for many years. Click here to see panel 1 (See photos 14, 15 & 16 in slider above). 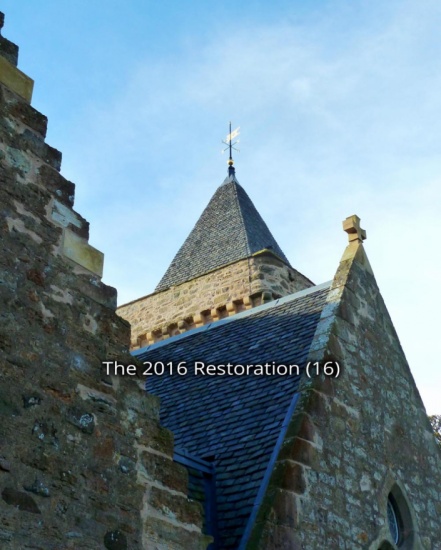 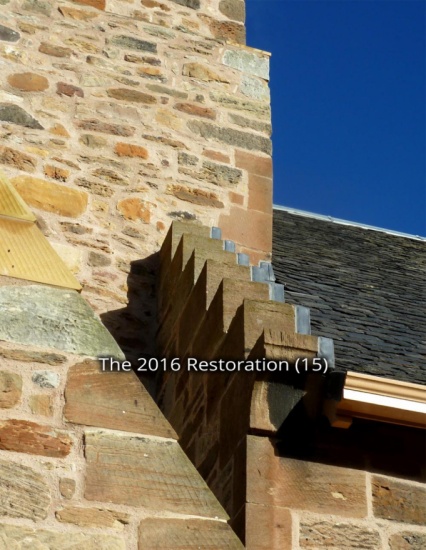 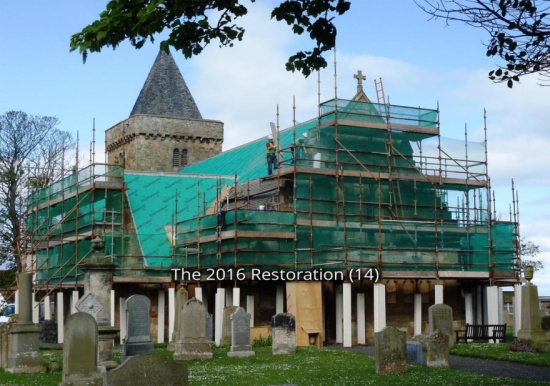 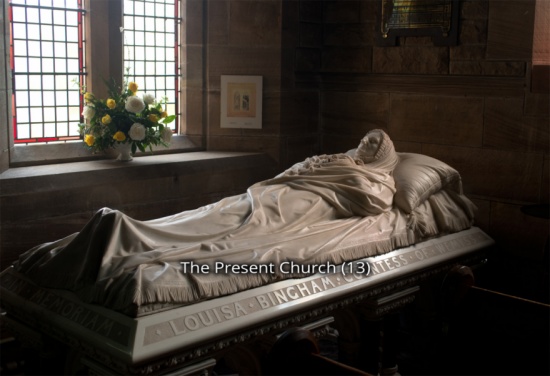 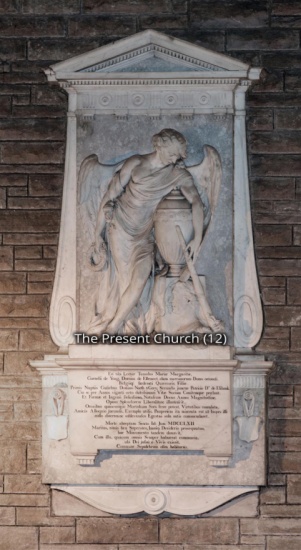 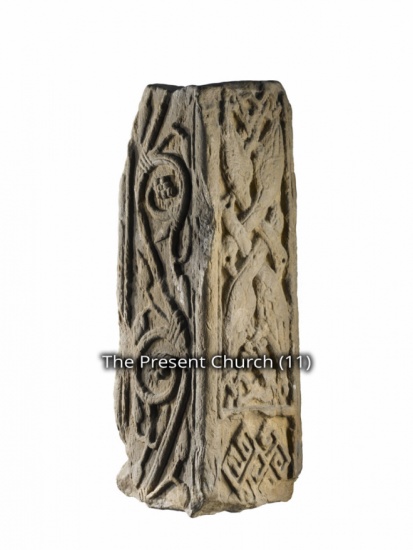 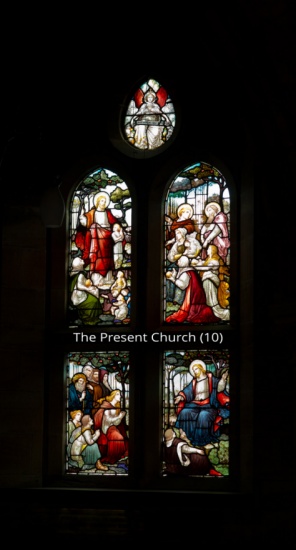 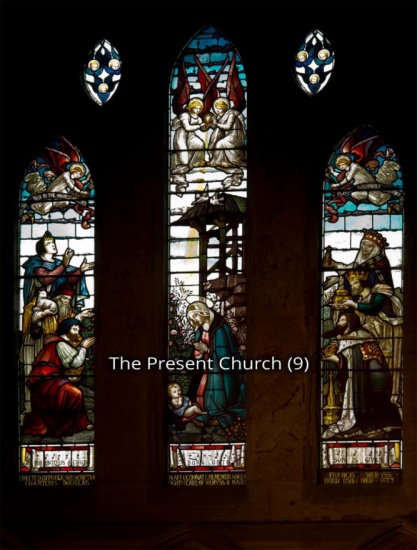 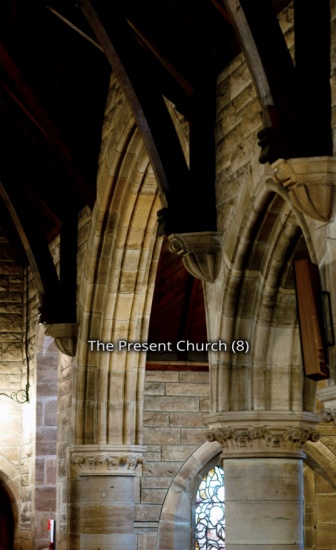 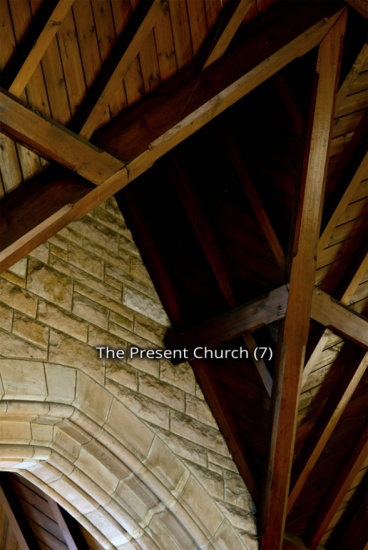 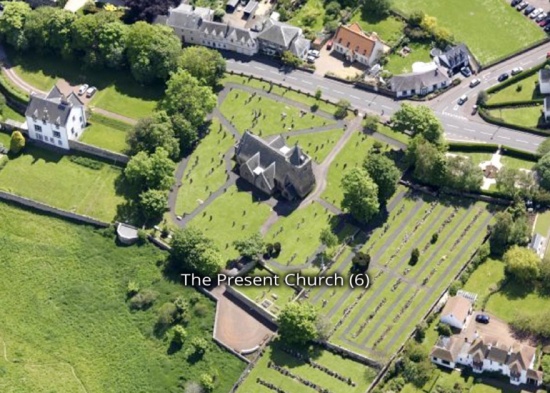 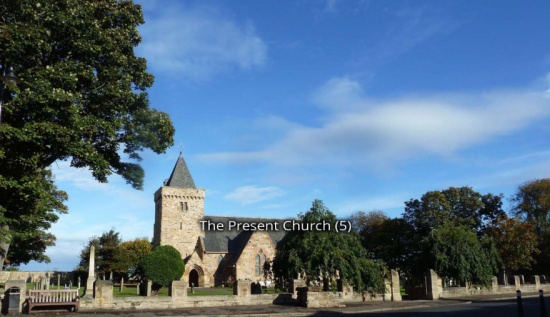 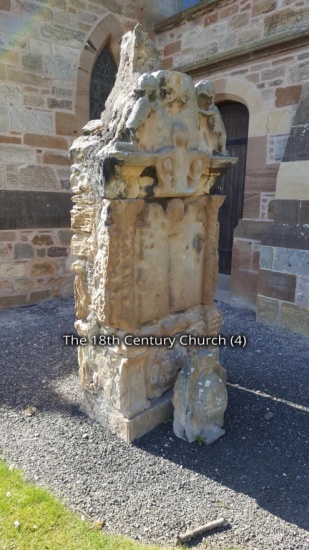 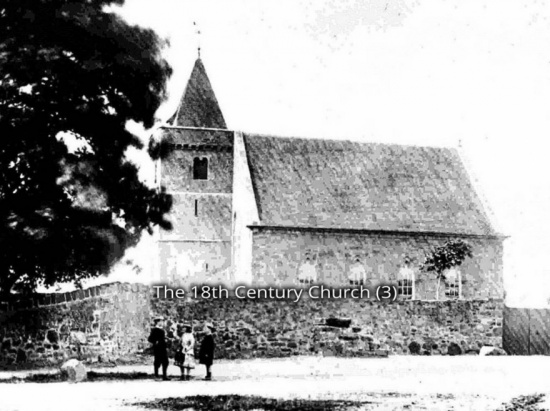 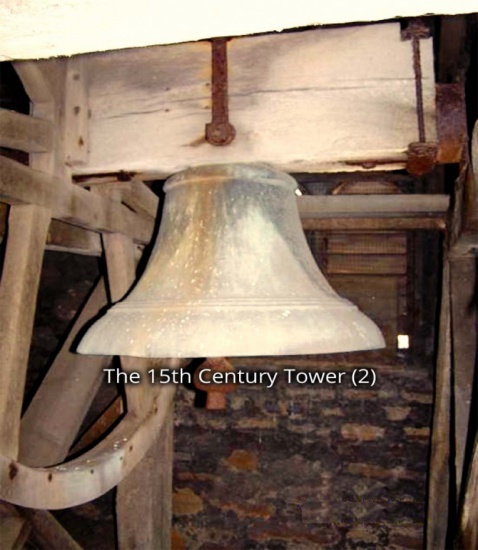 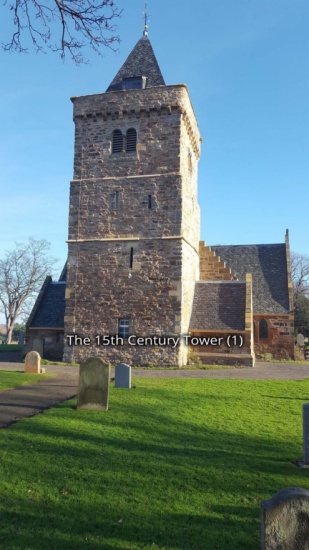