Philadelphia was one of the first cities in the nation to erect a monument to Lincoln after he was assassinated on April 14, 1865. The Lincoln Monument Association, chaired by Mayor Alexander Henry, was formed on May 22, 1865, and in a little over a year raised $22,000. Sculptor Randolph Rogers was awarded the commission for the memorial. Rogers rendered Lincoln in the naturalistic style that was prevalent in mid-nineteenth-century portraits. Seated, with quill in hand, Lincoln is shown just having signed the Emancipation Proclamation. The work was enthusiastically received by 50,000 people at its unveiling on September 22, 1871. In 2001 the monument was moved from its location on an island in the midst of Kelly Drive to a more pedestrian-oriented site just east of the roadway.

Click here to listen to the Museum Without Walls™: AUDIO program for Abraham Lincoln 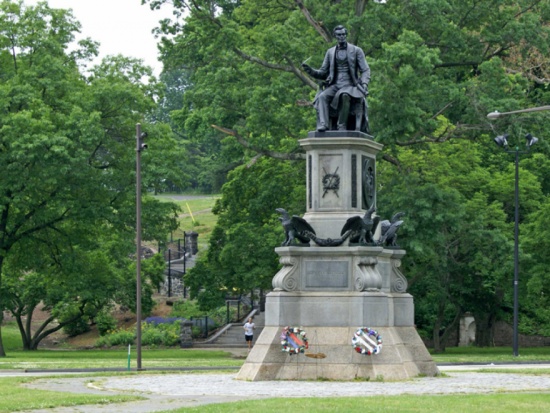 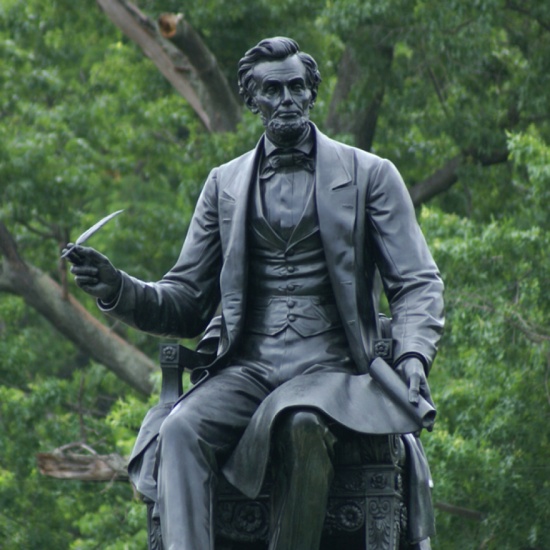