Originally from Greenwood, South Carolina, Albert Gilchrist arrived in Punta Gorda in 1885 as a surveyor for the Florida Southern Railway. He lived in Punta Gorda many years and was involved in real estate, ice factories, cigar manufacturing, orange groves, and most notably, politics.

An interesting side note is that he was born Albert Waller Kilkrease. After his father's death when Albert was 10-years-old, his mother, Rhoda, changed the spelling of their surname to Gilchrist which she said was the correct spelling.

Albert never married. According to the family legend, his one true love died while he was in college at West Point, and that's the reason he didn't graduate. He was too heartbroken and grief-stricken to study. And, they claim, that's why he never fell in love again.

Gilchrist was elected to the office of governor of Florida in 1908, and he left office in 1913. He was particularly focused on prison reform. Afterwards he relocated to New York City where he died on May 15, 1926.

Albert Gilchrist appears in the story The Spiritualists in the book Ghost Stories of Punta Gorda. Available locally at Sandman Book Company, Copperfish Books and online at Amazon.com 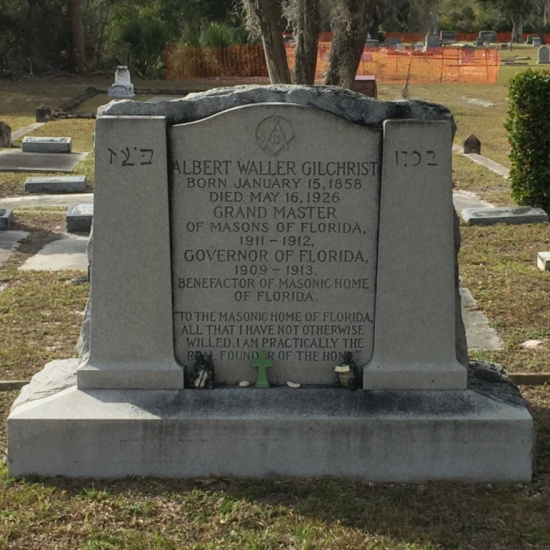 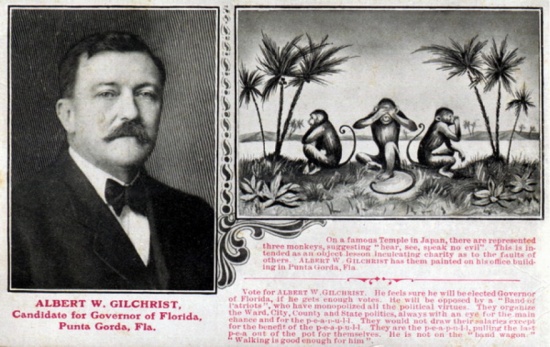 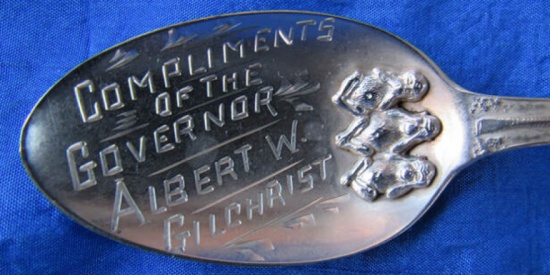 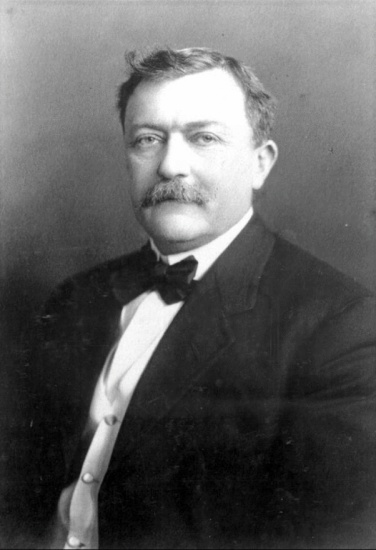