All Saints' Church is described by Clive Rouse in John Betjeman's 'Guide to English Parish Churches' (1958) as "Text book 14th century", and the grouping of the roofs and tower certainly makes an attractive picture seen from the road outside (although you may have to take a few steps to right or left to get an unobstructed view). The church is generally acknowledged to be one of the best examples of the Decorated period of architecture in the area. It was mostly constructed in about 1330, although the chancel arch remains from an earlier building on the site and dates from about 1200. The layout is unusual, having a chancel offset from the centre-line of the nave so that a chapel can be accommodated alongside. The tower is also in an unusual position on the north side of the nave.

Very little has changed since our picture of the churchyard gate taken from a postcard postmarked 1910. The wooden gates have been replaced by handsome wrought iron ones, and the sequoia (redwood) tree has grown considerably, but a villager from that era would still recognise the place. The church itself has not been altered to any degree since then. The whole structure was fully restored in about 1860 by GE Street who was the Architect for the Oxford Diocese. It is thought that although he made extensive repairs to the church, he tried to retain its character and did not introduce too many intrusively Victorian features. He did, however, remove the internal plaster from the walls. This was probably necessitated by the poor state of the plaster, but must have changed the look of the interior dramatically.

The Church is usually kept locked, but a key can be borrowed from nearby houses. See the list in the porch. Alternatively a church tour is available on the TVAT website.
http://www.mkheritage.org.uk/tva/saints-tour-welcome/ 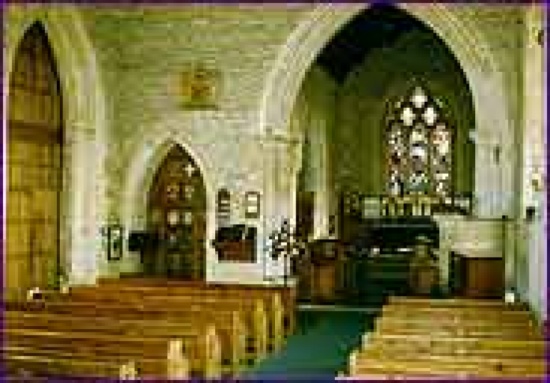 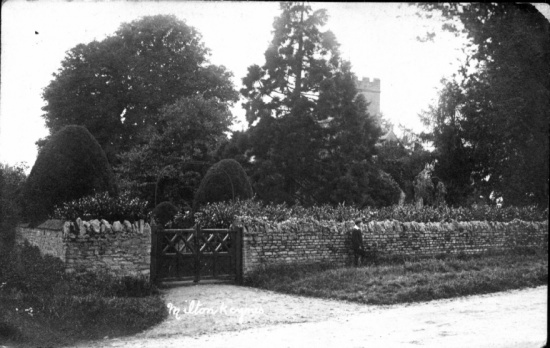 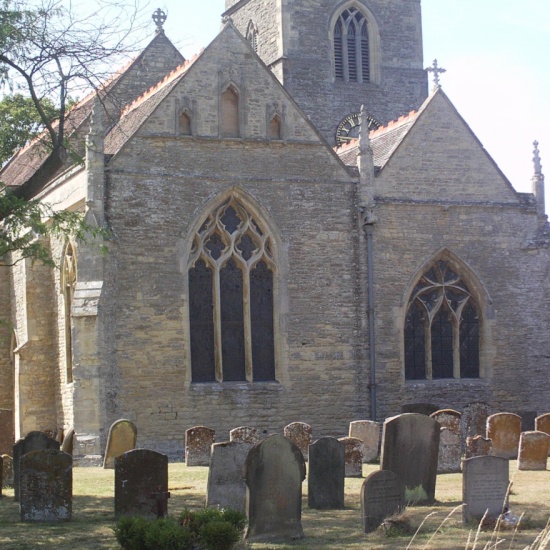