Native peoples built their communities in the Chesapeake Bay area hundreds of years before Washington, DC was established as the nation's capital. Well into the 17th century, the Nacotchtank (also known as the Anacostian, Anaquashtank, and Nacostine) people lived in camps of 300-500 villagers the eastern bank of the Anacostia River, thriving off of the environment's abundant wildlife and participating in the the fur trade in New York. Increasing European presence in modern-day Washington, DC posed a threat to the well-being of these villages and in the 1660's the Nacotchank people sought refuge by relocating their camps less than 10 miles northeast to the isolated Analostan Island.

Located in the Potomac River that divides the District of Columbia and Virginia, Analostan Island, also called Anacostine Island, draws its name from the anglicized version of "Nacotchtank." DC's Anacostia neighborhood draws on this same namesake. In the 1930's, the Theodore Roosevelt Association, conservationists, and landscape architects worked to transform the island into a living monument to the 26th President of the United States, Theodore Roosevlet.

Today, Theodore Roosevelt Island is managed by the National Park Service and can be accessed via footbridge. 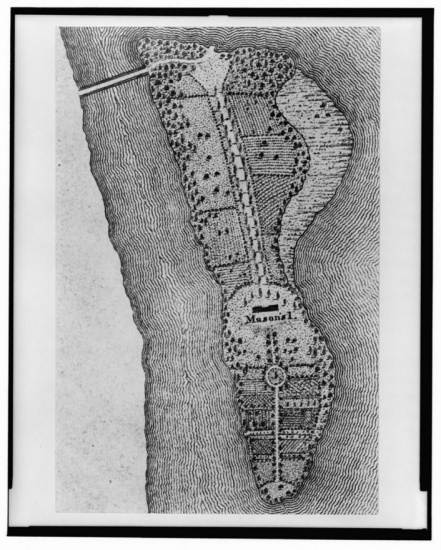