Built in 1804 on land that William Penn gave to the Quakers in 1693, the Arch Street Friends Meeting House is the oldest Friends Meeting House still in use in Philadelphia, and it is the largest in the world. The Society of Friends grew out of the teachings of George Fox in 17th Century England. Penn, a disciple of Fox, founded Philadelphia as a haven for his persecuted co-religionists. Penn’s “Holy Experiment” was to build a society according to Quaker ideals: the absolute right of conscience, the equality of man and nonviolence. 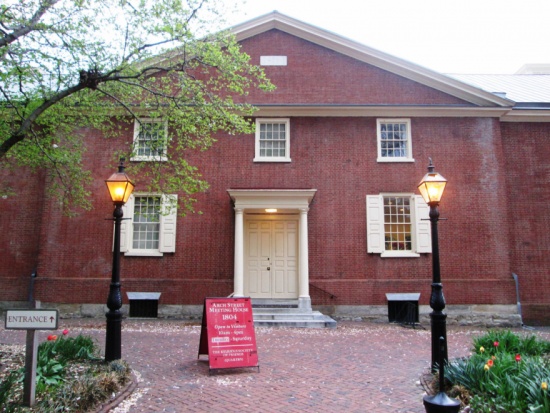 Arch Street Meeting House
Photo By: Beyond My Ken