It all began in 1917, when Portland citizens opened the city’s first publicly-owned assembly center, the Municipal Auditorium. And as the need for performing and gathering spaces grew, Portland opened another venue called Portland Publix Theatre, later renamed the Paramount Theatre.

In 1971, a prospective buyer of the Paramount proposed replacing it with a parking garage. The people of Portland stood up for this arts landmark, fighting back until Portland City Council declared the Paramount a historic landmark in 1972. Three years later, Portlanders once again showed their fierce love for the arts when they came together to raise over $5,000 dollars to keep the Paramount’s historic marble statue “Surprise” in Portland.

This point of interest is part of the tour: Farmers Markets, South Park Blocks and Waterfront Park 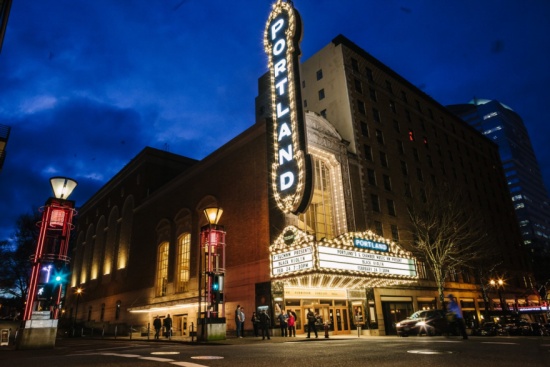