In 1975, President Gerald Ford installed a swimming pool on White House grounds, an action that would unveil the indigenous history of the city. Studies of the excavated White House lands by National Park Service curator Robert S. Marshall that year revealed a number of Indian artifacts, including 17 pieces of quartz/quartzite, two quartz projectile points, a piece of broken pottery, and a fragment of biface. Additional archaeological studies of the White House ellipse in 1976 similarly found an assortment of objects from a range of historical periods, spanning at least from the Archaic to Late Woodlands periods.

These findings offer archaeological evidence of the fact that DC was constructed on Indian homelands with a long and even ancient history. As William Henry Holmes, a noted city archaeologist, observed that similar artifacts are so prevalent in the area that "the laborer who sits by the wayside breaking boulders for our streets passes them by the thousands beneath his hammer; it is literally true that in this city, the capital of a civilized nation is paved with [indigenous] art remains." 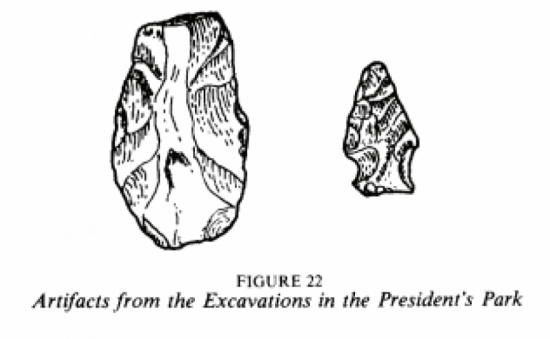 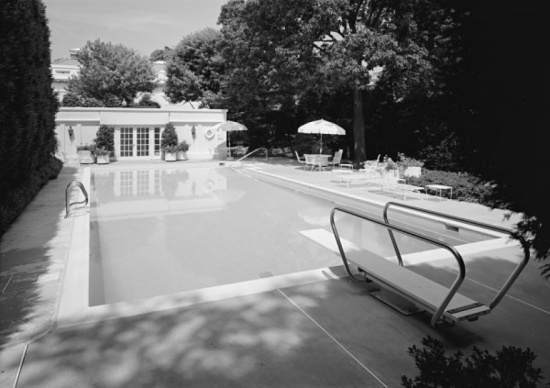